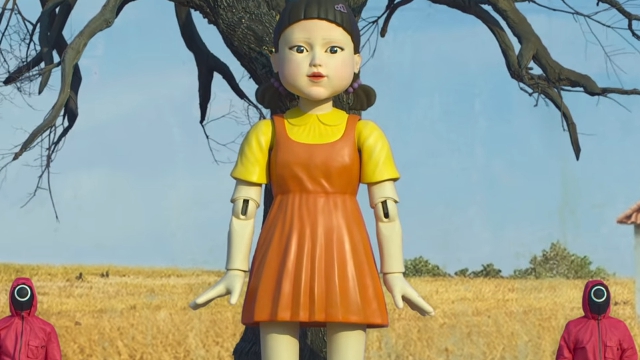 Today in Random: The Squid Game Doll Is Getting a Boyfriend in the Second Season

Girl, even Young-hee found a boyfriend before you.

(SPOT.ph) Surprising no one, Netflix has just confirmed that their biggest series ever, the Korean drama/thriller Squid Game, will be getting a second season, and it won't take 12 years to make, like the first one did. However, a surprising tidbit just casually dropped in the announcement post was that Young-hee, more commonly known as that "Squid Game Doll Statue," will be getting a boyfriend in the second season. We're confused too—and even somewhat jealous.

Check out the official announcement of Squid Game Season 2 below and the completely chill reveal of Cheol-su, the Doll's new boyfriend.

It's confirmed now that Young-hee has given the "green light" to at least one man. Good for her.

Also read: All the Best K-Dramas of 2021 You Should Have Watched By Now

Here's everything we know about Squid Game Season 2:

Also confirmed in the announcement was that Gi-hun (Lee Jung Jae), the Front Man (Lee Byung Hun), and the salesman character (Gong Yoo) will all be returning for the second season. Series creator Hwang Dong Hyuk previously stated that he'd want to explore the Front Man's histories with his detective brother Hwang Jun-ho (Wi Ha Joon) and the salesman.

Aside from the second season of Squid Game, Hwang also announced that he's working on a mockumentary series about the success of Squid Game, entitled The Best Show on the Planet.

No word yet on when either project will be dropped, but Squid Game season 2 looks to be aiming for a 2024 release. A lot of time to try and find a signifcant other before a literal doll does.