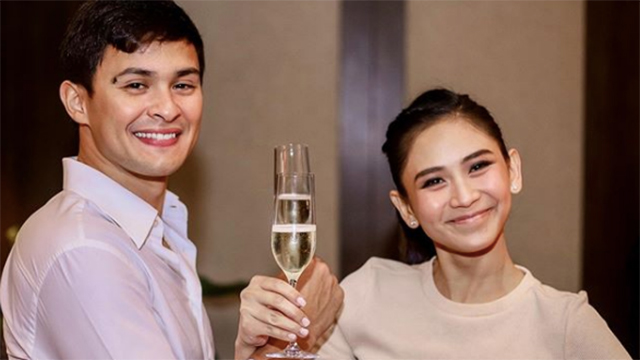 Here's What Matteo Guidicelli Has to Say About His Wedding, the Incident + More

He says, "nothing will ever defeat pure honest LOVE."

(SPOT.ph) On February 20, reports claimed Pinoy pop star Sarah Geronimo and actor Matteo Guidicelli got married. On February 21, news broke of Geronimo's mother—Divine Geronimo, or Mommy Divine as she's known—crashing their private wedding, prompting plenty of reactions online, and making memes out of the whole ordeal. There was also a statement from bodyguard Jerry Tamara, who claims Guidicelli punched him during the reception at Shangri-La at the Fort in Bonifacio Global City, and had it reported to the police.

That same day, Guidicelli told TV Patrol reporter Mario Dumaual that there was no altercation. MJ Felipe, another reporter from TV Patrol, approached the couple's relationship advisor Letty Fuentes, who claimed that Mommy Divine allegedly attempted to slap Guidicelli during the wedding at the Victory Church in Fort Bonifacio, Taguig City.

Still here? Good. Geronimo hasn't made any public statement regarding their marriage, but Guidicelli took to Instagram to share the momentous day with their fans and his followers.

He starts off by confirming that he and Geronimo are finally married, and proceeded to call themselves Mr. and Mrs. Guidicelli. He then thanks friends, family, fans, and folks on social media, as they gave the couple support, inspiration, and love throughout their relationship.

Guidicelli then refers to the incident, saying, "That evening was almost perfect until some unexpected events took place, but don’t worry I never 'punched' anyone." He goes on to say that we would do everything he can to protect his wife, and follows the example his father set. He also extends his thanks to his family for accepting Geronimo into the family, and treating her like their own daughter and family member.

In time, Guidicelli says, "with God's grace and love, everything will heal and fall into place. We are happy, we are blessed, and we are husband and wife! Let's always celebrate life and love!" He adds that "nothing will ever defeat pure honest LOVE." He proceeds to thank everyone for their love and support, and signs it off with Mr. and Mrs. Guidicelli.

Matteo Guidicelli Sarah Geronimo Ashmatt Adventurer Savvy Seasoned
Your Guide to Thriving in This Strange New World
Staying
In? What to watch, what to eat, and where to shop from home
OR
Heading
Out? What you need to know to stay safe when heading out