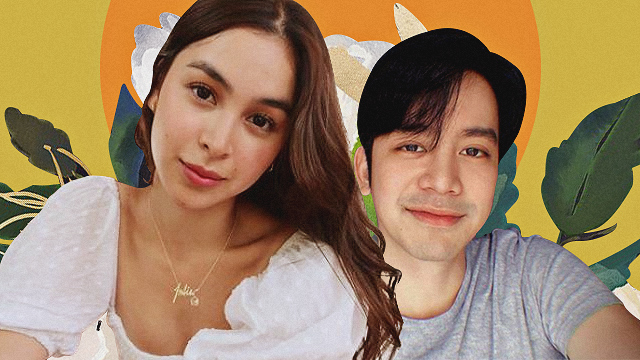 "What If?": The Biggest Questions and Revelations From JoshLia's Reunion

Has the air around that break-up finally been cleared?

(SPOT.ph) Remember back in July 2019 when that Gerald Anderson-induced mess fueled the fire over Joshua Garcia and Julia Baretto's break-up? (You know, before 2020 happened?). Well, JoshLia has the Internet in shambles all over again thanks to their mini-reunion on Star Magic's Out of the Box series, streamed on August 13.

The short—but damn heavy—talk is part of the promotions for their upcoming digital special Love Unlock where they play ex-lovers reunited during an e-numan with their friends. Yes, you read that right. While they'll obviously be acting, last night's talk certainly blurred the lines between fact and fiction—and now the Internet is trying to make sense of it all, with added revelations, too.

Even TV personality Bianca Gonzales couldn't hold it in, reacting to what was probably the heaviest bit of the JoshLia reunion. Barretto and Garcia were asked to tell their ex (read: each other) three "What Ifs" from their relationship, and with full-on emotion to boot. The two didn't dissapoint.

Garcia hit us with the classic "What if tayo pa rin?" before dropping the bomb and acknowleding the elephant in the room, "What if hindi mo ginawa 'yong project?" The "project" here can only be that Julia Barretto, Gerald Anderson team-up for Between Maybes that led to that rumor-mill hellfire incident somehow linking Barretto to Anderson's ghosting of then-girlfriend Bea Alonzo?

Garcia played up his "what ifs" with a cheeky peace sign—but Barretto was unfazed. "What if hindi ka nag-selos?" she asked, adding "What if lumaban ka pa?" before ending it with one hell of a mic drop: "What if binigyan mo ako ng time i-figure out 'yong sarili ko?" Barretto then said it was the same thing she had done for him—effectively sending Twitter into a craze.

"Sorry Julia Baretto" trended on the local Twitter-verse soon after the video streamed, with many saying that it was never fair for folks to link her to the Anderson-Alonzo "break-up" (which we're still not sure officially happened since ghosting doesn't count). "JoshLia," "Joshua," and yup, even "Gerald" are all on the network as of writing. Now we'll just have to wait and see if their upcoming project together is just as hard-hitting as the revelations from their reunion!

Adventurer Savvy Julia Barretto Joshua Garcia Love Unlock Abs-cbn Gerald Anderson
Your Guide to Thriving in This Strange New World
Staying
In? What to watch, what to eat, and where to shop from home
OR
Heading
Out? What you need to know to stay safe when heading out