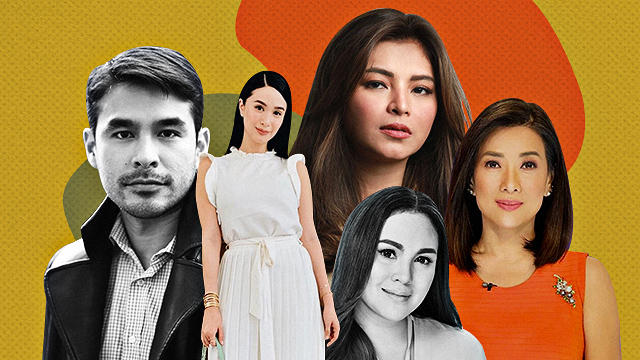 (SPOT.ph) Switching things up is always a normal part of anyone’s career—actors included. So why is it that it is almost always big news when a star decides to change networks? Big networks in the Philippines move a lot like the mafia, for lack of a better term, and loyalty is always a big issue for folks who take “utang na loob” to the extreme. Plus, well, we totally blame our need for some quality tea, if you know what we mean. So for this list, we take a walk down memory lane and revisit some of the most controversial network transfers of the past two decades.

Also read:
So People Have a Lot of Opinions About Bea Alonzo Becoming a Kapuso Star

Moving networks is a big deal for local celebs; check out these 10 times they made the headlines:

The Deets: Bea Alonzo shocked everyone with her decision to shift networks after more than two decades with ABS-CBN. The move came over a year after Congress’ rejection of ABS-CBN’s franchise renewal; Alonzo is actually one of several stars who did not renew their contracts with Star Magic. Alonzo expressed many thanks to ABS-CBN for her time with the network—where she became one of the country’s biggest stars—and said she looked forward to a new chapter with GMA during her contract signing on July 1.

The Deets: Asia’s Songbird made the transfer from her home network of nearly 20 years, GMA, to ABS-CBN in 2018. News of the transfer was fueled by the fact that her husband, Ogie Alcasid, had earlier transferred to the Kapamilya network from TV5 in 2016—and that did not have anything to do with her decision to do the same. Alcasid and Velasquez had met when they were both working for GMA, although Velasquez actually started her career with a few shows on ABS-CBN as a teenager. Soon after her transfer, Velasquez revealed on Tonight with Boy Abunda that she had stuck with GMA for two decades even if there were times she was not working on contract.

The Deets: Remember how #shookt everyone was back in 2011 when news broke that megastar Sharon Cuneta was leaving her home network of more than two decades for the revitalized TV5? Yup, that happened. She even had a talk show, Sharon: Kasama Mo, Kapatid for a while. Word on the street (a.k.a. social media) is that there was a massive talent fee that sealed the deal—but as Ate Shawie said upon her return to ABS-CBN in 2015 to host Your Face Sounds Familiar, “May tampo ako—this is the real reason I left.” Cuneta told the press that she had grown to realize running away from a misunderstanding was not the correct way to deal with it—put that in your little mental notebook of important life lessons.

Shift: ABS-CBN to GMA to TV5 and back to ABS-CBN

The Deets: Claudine Barretto, the Optimum Star, was arguably one of ABS-CBN’s biggest names in the '90s and 2000s (from Mula sa Puso to her movies with the late Rico Yan)—which is why her sudden shift to rival network GMA in 2007 was a shocker. Add the rumors saying that Barretto’s relationship with ABS-CBN had been rocky for a while—she apparently had not bagged a teleserye project in about a year—and you’ve got a truly controversial network transfer. Barretto stayed a few years with GMA before moving again to TV5, and finally came back to ABS-CBN in 2015.

The Deets: Before Atom Araullo became a journalist, he started out in GMA’s 5 and Up, a youth-oriented news show, as well as Breakfast on Studio 23. He started getting serious about news reporting with a short stint in 24 Oras, and moved to ABS-CBN in 2005. For the next decade or so he cemented his status as a respected journalist. So when whispers of his return to GMA began floating in 2017, people were understandably confused—that is until he made it clear that the shift meant he could focus more on making documentaries. Hey, reach for your dreams, right?

The Deets: Arguably the most long-lived controversial network-transfer story is of veteran journalist Mel Tiangco. Tiangco was one of the first broadcasters on TV Patrol, ABS-CBN’s primetime newscast, which started in 1987. In 1995, she was suspended without pay when she starred in an advertisement, which was a huge no-no for journalists. This was a big factor in her decision to move to GMA in 1996—a move that prompted ABS-CBN to file a lawsuit for breach of contract. The case eventually made it all the way to the Supreme Court, which in 2011 confirmed the lower courts' verdicts clearing Tiangco of any fault. Remember her unforgettable 2013 interview where she compared her experience to an ipis? Yup, who could forget.

The Deets: Heart Evangelista popped up on ABS-CBN youth-oriented shows Gimik back in the '90s. She was paired up with John Prats, and even became a MYX VJ until her decision to transfer to GMA in 2008. Whispers are that her former manager Angeli Pangilinan-Valenciano of Genesis Entertainment was not informed of the transfer, resulting in a rift. Evangelista was under the management of her father, Reynaldo Ongpauco, and Anabelle Rama when she moved to GMA.

The Deets: The events leading up to Bernadette Sembrano’s decision to shift to ABS-CBN unfolded live on air. Well, most likely, that is. Back in 2003, Sembrano had to listen on air as her co-anchor Arnold Clavio read a statement from higher-ups stating that The Probe Team would not air after Saksi—which Sembrano and Clavio were anchoring—as usual. The episode in question featured a report on the then-Philippine Amusement and Gaming Corporation chairman Efraim Genuino and his questionable wealth—and it just so happened to be a report Sembrano herself had worked on. The newscast ended with Sembrano walking out, resulting in a suspension.

The Deets: The late Dolphy Quizon made a surprise move by shifting from ABS-CBN, his home network for decades, to the revitalized TV5—at 81 years old. It was clear that the Comedy King had no plans of retiring. Reportedly, it's more likely that a lack of projects for him at ABS-CBN, plus the possibility of a sitcom with friends and family at TV5, was what pushed Dolphy to the decision. “I’ll be working with TV5 in the meantime, but anytime ABS-CBN needs me, I’ll just be here,” he clarified when news of the transfer was made public.

The Deets: Angel Locsin was GMA’s biggest star in the early 2000s. She was Mulawin’s Alwina and Darna, after all, but things got a little shaky when it came to the Marimar remake. Casting was done in 2007 and people were expecting Angel Locsin to take on the role of barrio lass Marimar—something she herself said she was reluctant to do because of all the dancing. A GMA-7 insider told PEP.ph that GMA never formally offered the role to Locsin and it eventually went to Marian Rivera. Meanwhile, Locsin left the Philippines for a while to study fashion design abroad.

A few more churns of the rumor mill later, and Locsin’s camp confirmed her move to ABS-CBN. Fun fact: Locsin auditioned to be part of ABS-CBN's Star Circle batches, and eventually joined GMA through the youth-oriented show Click after not being picked as a Star Circle member.

Adventurer Savvy Showbiz Bea Alonzo Angel Locsin Heart Evangelista Atom Araullo Dolphy Regine Velasquez Sharon Cuneta Mel Tiangco Bernadette Sembrano Claudine Barretto Abs-cbn Gma Tv5 Staying In Heading Out Guide
Your Guide to Thriving in This Strange New World
Staying
In? What to watch, what to eat, and where to shop from home
OR
Heading
Out? What you need to know to stay safe when heading out