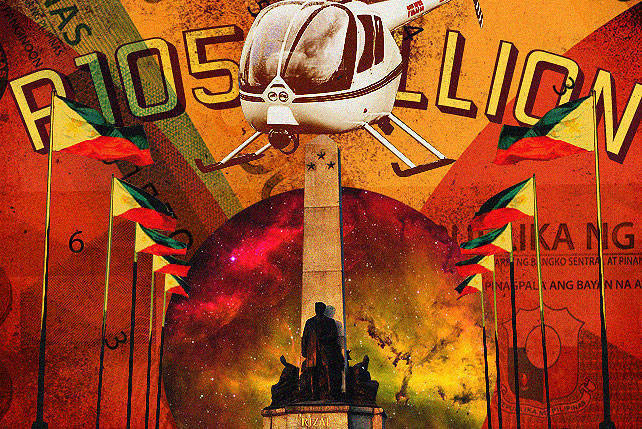 Are You Mad Enough? 10 Most Outrageously Expensive Government Projects 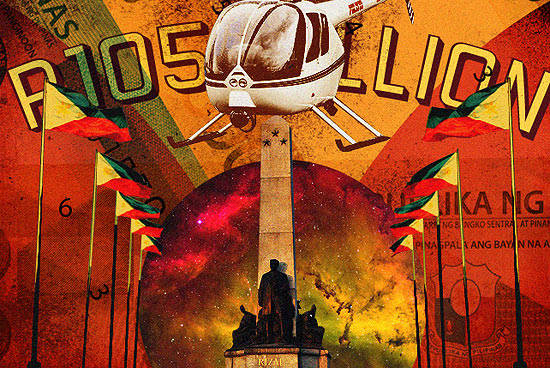 (SPOT.ph) The Government should be very grateful to the Filipino people. We not only fund their frivolities, we let them get away with it, too. We’re a nation defined by forgiving and forgetting...which unfortunately for us, means that we are condemned to repeat our mistakes (according to a book by a philosopher named George  Santayana).

We don’t mean to bring bad news but if  it’s true that "those who cannot remember the past are condemned to repeat it," then we should like to be of service and help people remember. We suggest listening to the Top 10 Boy Band Songs We Can’t Get Out of Our Heads to ease any pain that the 10 Most Outrageously Expensive Government Projects may cause you.

Here are a couple of corgis being cute in Tumblr: 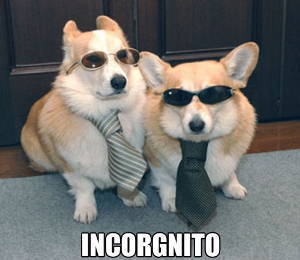 And now that you’re more relaxed...on to the list! 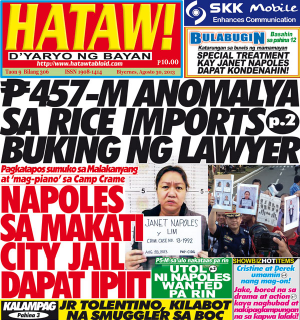 As seen in Hataw! tabloid, the news about the alleged overpriced rice imports has been largely overshadowed by the capture of Janet Lim Napoles

10. The Vietnamese rice import, which was allegedly overpriced by more than P400 million.

You would think that a proudly agricultural country would have enough rice but alas, such is not the case. Just August this year, Argee Guevarra stated that the National Food Authority (NFA) paid an excess of P457 million for imported Vietnamese rice. Guevarra detailed that the NFA paid P19,762 per metric ton for the rice when the price was only at P15,480 per metric ton when the deal was made. NFA dismissed his claims as nothing but a "smear campaign" but Guevarra said that he is not using "squid tactics." 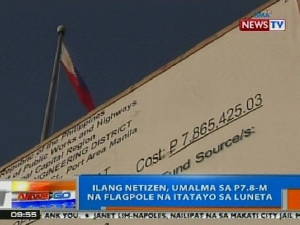 The new flagpole will be about 50 feet taller than the current one and, like everything else in the world, it’s made in China! A dzMM.ABS-CBNNews.com report says that P4 million will be alloted to removing the existing flagpole which prompts us to ask, if it takes that much money to remove it...why are they replacing it? 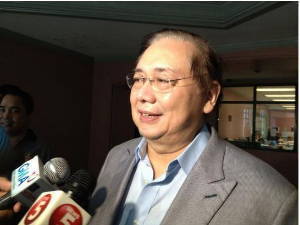 Early this year, Mike Arroyo entered a "not guilty" plea on graft charges regarding two second-hand helicopters that were passed off as brand new and allegedly sold to the Philippine National Police. He stated that his choppers were sold to another private firm and maintains that he is not the previous owner of the used helicopters sold to the PNP. Despite all of this, Mike Arroyo recently asked the court to allow him to travel to visit his grandchildren. Maybe he should have kept the helicopters. 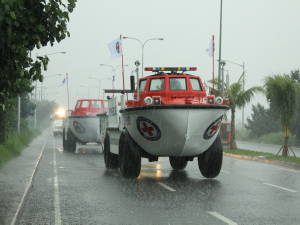 We should have more of these. They seem handy. (Photo from Balita.ph)

7. The mismatched rubberboats and motors worth P131 million.

It was the late DILG Secretary Jesse Robredo who questioned the money spent on rubberboats that the PNP spent on rubber boats in case of extreme flooding similar to the effects of Ondoy. He wasn’t questioning why these were purchased but how the boats and the motor were mismatched. One can argue that the rescuers could simply row the boat but if that’s the case, why bother paying for the motor? 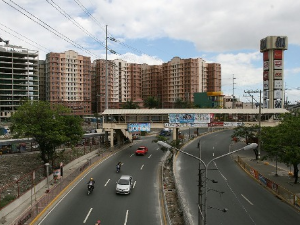 6. The P200 million double-insertion of the C-5 extension and the P80 million SCTEx payment.

In the heat of the 2010 Presidential Elections, Manny Villar and Noynoy Aquino were doing everything they could to come out on top. As such, allegations of overpricing were plenty. Villar was under fire for allegedly using his position to influence the C-5 extension, to the disadvantage of the government and to the advantage of his own companies. On the other hand, the Villar camp retaliated by implicating Aquino, claiming that the SCTEx realignment was also done to benefit the owners of Hacienda Luisita. Since then, Villar’s wife Cynthia has won a seat in the senate under the P-Noy ticket. 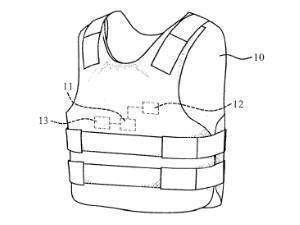 Instead of Kevlar, some vests were stuffed with foam (image from the US patent of bullet-proof vests)

We’re picking this one because our hearts bleed for the AFP and the PNP. It’s bad enough that money is stolen but bullet-proof vests stuffed with foam instead of Kevlar? That’s endangering the lives of the people tasked to protect the public. Aside from that, there were reports of repair projects for armored personel carriers...that cost about the same as buying new ones.

Suggested Reading: Read Hot in Spot: Who the Hell is Janet Lim Napoles for the details of the scam involving substandard Kevlar helmets. That’s right, she’s in on this one, too!

Former MMDA Chair Bayani Fernando has recently defended this P390 million structure, saying that the cost for construction is just P50 million. We’re not sure what the people have a problem with: the price tag or the, um, abstraction of the "Islands in Flight." 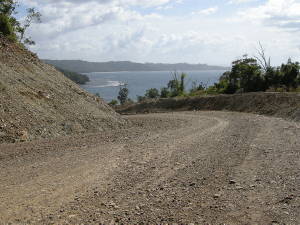 Photo from The Palawan Times

If you think that it ends with the PDAF, think again. In 2008, Special Allotment Release Order (SARO) was issued to fund 21 projects, including 19 roads and two bridges. The project was implemented, yes, but upon investigation-you know the drill by now-the development was found to be overpriced and substandard. Instead of using the required 2,700 bags of cement, only 1,118 were used. This, of course, caused roads to erode much quicker. We’d like the "daang matuwid" to be durable, too. 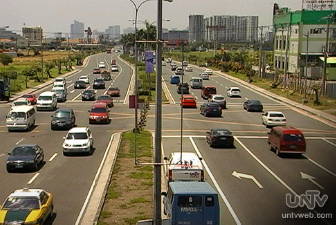 The most expensive highway in the Philippines? (Photo from UNTVWeb.com)

It has been dubbed as the most expensive boulevard in the world, or more creatively, "Highway Robbery." In May 2003, a COA report stated that there was no overpricing but Sulficio Tagud, Jr. (who broke the news to the public as Public Estates Authority director) stood by his claims that the project was overpriced by about P600 million. In 2011, three PEA officials were "dismissed" from service by the Supreme Court for their implication in the "padding." We can’t say for sure if they were jailed but reports say that they will not be getting their retirement benefits. Is that punishment enough?

January of this year, the hearing for Representative Arroyo’s plunder case was postponed

If we multiply $329 million by a very modest exchange rate of P40, we will get P13,160,000,000. That’s a lot of zeroes. The NBN-ZTE deal was supposed to be a project to upgrade the government’s communication capabilities. Benjamin Abalos allegedly went to China to broker the deal. Joey De Venecia and Romulo Neri made statements and fingers were pointed, Jun Lozada was abducted before he finally testified and the phrase "moderate your greed" became a powerful catch-phrase. Former President Arroyo cancelled the contract with China eventually and went on to become Representative of the Second District of Pampanga.