HOT ON SPOT: The MMDA and the Garbage Problem (in the MMFF)
Loading
Already a member? Log in
No account yet? Create Account
Spot.ph is your one-stop urban lifestyle guide to the best of Manila. 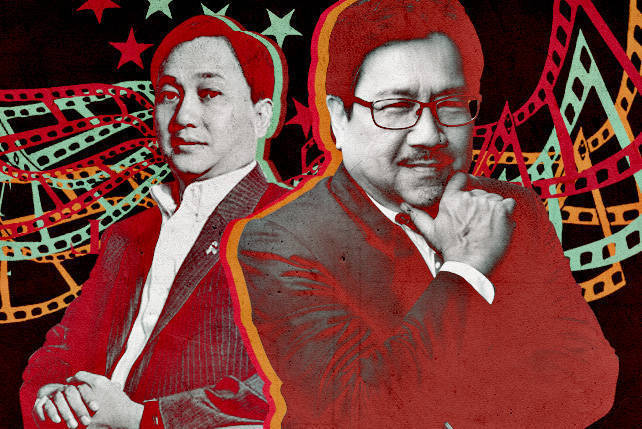 HOT ON SPOT: The MMDA and the Garbage Problem (in the MMFF)

(SPOT.ph) If a server overload is any indication, the public secretly cares about the Metro Manila Film Festival (MMFF). Lourd De Veyra’s open letter to Vic Sotto gave birth to more open letters, and everyone can be as opinionated as they want to be, but at the end of the day, the Metro Manila Development Authority (MMDA) is still in control.

Is it time to change that? The Quezon City Council thinks so, but is there a solid argument for the MMDA to yield control of the MMFF to another agency? And if so, which?

Here are the facts you need to know. 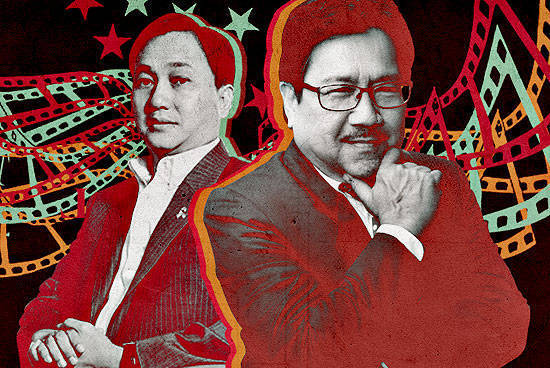 Who should benefit from the Metro Manila Film Festival?

Half of the proceeds are supposed to go to the Movie Workers Welfare Foundation Incorporated (Mowelfund). The Film Academy of the Philippines (FAP) and the Motion Picture Anti-Film Piracy Council (MPAFPC) get 20% each, while the Optical Media Board (OMB) and the Film Development Council of the Philippines (FDCP) split the remaning 10%.

FAP is claiming that from 2002 to 2008, the intended beneficiaries haven’t received their share of the amusement tax collected by the MMDA, amounting to P82.7 million. (Please note that this tax is collected as soon as you purchase a movie ticket, regardless of whether you leave the theater amused.) The Director General of FAP, Leo Martinez, also pointed out an anomalous disbursement of some P102 million from the same period.

Essentially, the FAP is arguing that the film industry is not getting what they deserve for producing films for the festival. It doesn’t look pretty on paper but the MMFF was indeed conceived to generate income, and not in the way that it is doing now. The MMDA is boasting billions in revenue and Kris Aquino is sexless but happy, but the little people that the festival was first organized for aren’t getting the help they need. Perhaps this explains the decline in quality of the movies. 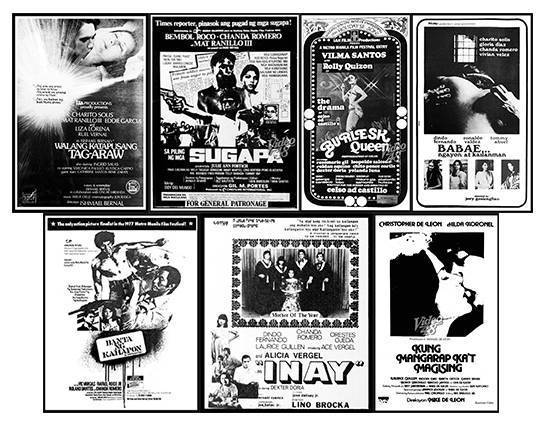 The Best Picture nominees of 1977, when Metropolitan Film Festival first became the Metro Manila Film Festival. The films tackled social and gender issues presented in different genres, including action and a chick-flick by no less than the great Mike De Leon. The winning film of that year, Burlesk Queen, concludes with Vilma Santos dancing to her death because of the sorrows she suffered in her life. (Photos from Video48)

What’s the actual priority of the MMFF?

Aside from generating income, the MMFF also aims to celebrate great Filipino films. A handful of people believe that this is being neglected, including the festival participants who regularly question the criteria that the MMDA is using to select entries and eventual winners.

The Quezon City Council’s petition is anchored on the fact that the MMFF should be managed by more qualified people, (i.e., people from the film industry themselves). The festival is a celebration of their craft and they should be given the liberty to produce movies that offer more than a few chuckles. The big studios have an entire year to produce whatever kind of movie they want, but for a few weeks, the filmmakers deserve a little respite from needing to please a certain type of palate.

This may reek of elitism, but there’s no petition to ban simple comedies from the festival. Filmmakers constantly need to balance being profitable and creating something worth watching, because of course you can make films riddled with slapstick sketches and it will make a majority of people happy. But is there a reverse elitism in place where people who want to watch something more than a series of bad puns are told to go take a hike (to Cannes)?

The call is for variety and fair competition. 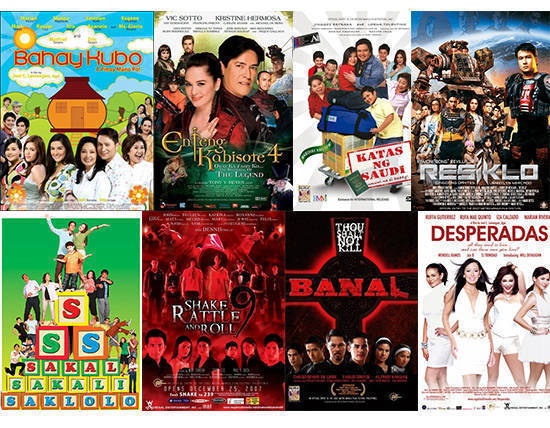 The Best Picture nominees of 2007, 20 years after Burlesk Queen’s win. Resiklo bagged the Best Picture award. It stars Senator Bong Revilla as the leader of a band of brothers formed after insects invade the Philippines...like in Starship Troopers but with Transformers-like technology.

The underperforming films from last year’s festival are open to being harshly judged as "whining losers" but the director of Kimmy Dora: Ang Kiyemeng Prequel, Chris Martinez, raises a valid argument against Maricel Soriano’s Best Actress win. He did not suggest that Soriano’s acting wasn’t worthy of attention, but at best, her role was a supporting one. Soriano won for Girl, Boy, Bakla, Tomboy-a film that is driven by Vice Ganda and the four personas he depicted.

Looking at the criteria, it also comes as a shock that 10,000 Hours took home the major awards (including Best Picture) when 50% of a film’s overall "score" is its appeal to the masses (or more bluntly, the number of people who paid to watch it). By default, My Little Bossings should have won for the same reason that Ang Tanging Ina Mo (Last Na ’To!) won in 2010. The MMDA seems to flipflop between rewarding the moneymakers and acknowledging the work of artists.

This wishy-washy trait gravely decreases their credibility, but it’s understandable. They have their hands full with traffic and garbage on the streets, we can’t depend on them to clean the rubbish in art as well.

A fair picture of Manila

The issue is dead but the fact remains that MMDA Chairman Francis Tolentino was utterly indignant about the negative description of Manila in Dan Brown’s Inferno. Once more, Chris Martinez raises an issue that SPOT.ph blogger Lourd de Veyra also touched upon: how much freedom do the artists have when making a film for the MMFF? What of films like those by the late great Lino Brocka that don’t exactly paint a pretty picture of the MMDA’s work?

Martinez wonders if his film was snubbed because the MMDA was offended by some of the things he put in the story. Those familiar with film history will recall Imelda Marcos’ imposition to change the title and the ending of City After Dark because it didn’t paint a very nice picture of her "beloved" Manila.

We don’t want to enter the realm of speculation, but it doesn’t take a long leap to feel like the fact that the MMDA is handling the selection has some effect on the kind of Manila that is shown in the movies. That instead of films that have the ability to get the masses to confront their situation, we see stories that lull them into thinking that all of their sorrows are somehow just a test of faith. Our problems are seen as a farce, meant to be laughed at but not solved.

We have a feeling that the answer is already echoing in your head.

Mmda Mmff Fap Mowelfun Movies Mowelfund
Your Guide to Thriving in This Strange New World
Staying
In? What to watch, what to eat, and where to shop from home
OR
Heading
Out? What you need to know to stay safe when heading out