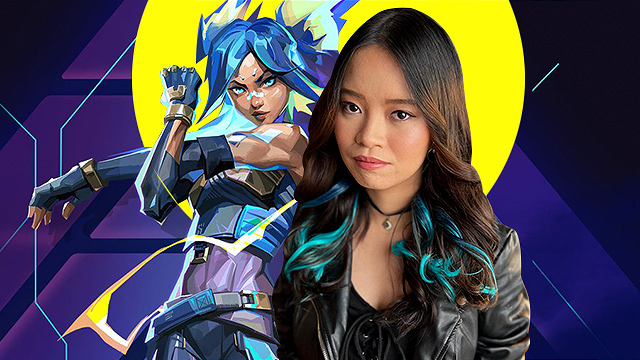 She voices Neon, who also happens to be a Filipina.

(SPOT.ph) You may have recently heard about Vanille Velasquez thanks to her work with world-class North American game developer and publisher Riot Games. The 23-year-old Filipina is the voice of Neon, a Filipina agent in VALORANT, and of Zeri, a marksman in League of Legends. But her rise in Philippine pop culture and voice acting was not built in a day.

Also read: That All of Us Are Dead Girl With the Backpack Up Front? Yup, She's Pinay

“I've never heard of anyone who was born and raised in the Philippines who was able to do something like this, be in these games. Growing up I thought it was impossible. You had to be in the States to even be considered. It was such a big (game) changer when I got it. Because everything is possible.” she said.

At the young age of 11, Velasquez knew she wanted her voice to be heard. Watching Tagalog dubbed anime in her free time introduced her to the wonderful world of voice acting. She started out by joining “Dubbing Academy,” which was under now-defunct Filipino television channel Hero TV that was known for featuring Japanese anime with Tagalog dubs. She managed to land the role of Clarion in the Tagalog dub of Pandora in the Crimson Shell.

While Velasquez’s foot was in the door of the local voice acting scene, she still had a long road ahead of her competing against voice talents from all over the world. She was still auditioning for roles left and right all while recording from her walk-in closet.

“Just a room surrounded by clothes, ha! Not an artista looking closet. It's not properly treated. The clothes are my soundproofing. But it's better than nothing. I do plan to build my own recording booth... someday,” she recalled.

She also did a bunch of smaller projects and games throughout the years which included a dating simulator called Our Life and even more than a few characters on the mobile idle RPG game Valor Legends. The grind never stopped on her quest to become a Filipino voice actor in the international scene.

In 2020, she managed to play Kokeko—a sassy young otter—in Lil Wild by Singapore-based studio Mediacorp. This show made for kids is actually available on Netflix Philippines today.

She later starred in the PBS Kids series Jelly, Ben, and Pogo in 2021. It follows the story of Filipino siblings Jelly and Ben and their friend Pogo—a cute sea monster. Velasquez voiced for the character of Vanille, which the young artist enjoyed playing a lot.

Velasquez is also playing the main character Naoko in the upcoming Japanese psychological horror game Ikai, which is set to release on Steam in March.