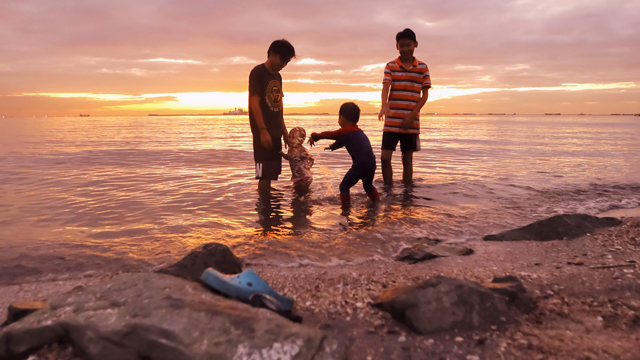 More Than 45 Tons of Garbage Were Removed From Manila Bay

(SPOT.ph) Early this month, it was revealed that plans were being made to clean up and revive Manila Bay. On January 27, Sunday, 5,000 government employees and volunteers pitched in during the first clean-up drive for Manila Bay under the ongoing project, with the event being dubbed “the battle for Manila Bay.” A total of 45.59 tons of garbage, which took up 11 garbage trucks, were collected. Subsequent pictures of the refreshed waterfront have sparked amazement throughout social media, with some even expressing hope that visits to the Manila Bay beach may soon be possible when it's restored to its former glory.

The clean-up drives are expected to take place every week, and the Metropolitan Manila Development Authority has also put out a call for volunteers who want to take part in the cleanup.

This is not the first effort that has been made to clean up Manila Bay. Volunteers took part during International Coastal Cleanup Day in 2012, 2013, and 2018, even breaking a record in 2017. Back in 2008, the Supreme Court ordered 13 government agencies to spearhead the bay’s rehabilitation, although given the lack of infrastructure and suitable wastewater treatment facilities and solid waste management, among other things, the order has been largely ineffective.

A holistic approach is necessary to keep Manila Bay clean, given that other issues need to be addressed beyond simply cleaning up the garbage that has accumulated in Manila Bay. This means that cleaning up the bodies of water that drain into Manila Bay (namely, Pasig River, which is fed by Marikina River and San Juan River, among various creeks and tributaries) is essential through clean-up drives such as the ones that take place along Diliman Creek in Quezon City, as well as the long-running “Adopt An Estero” program, which was launched in 2010.

Businesses that are found to be contributing to the pollution would also need to be held accountable for the waste they produce. UNTV reports that 15 factories in Marilao and Meycauayan, Bulacan, were ordered closed by the Department of Environment and Natural Resources after they were found to be discharging untreated wastewater directly into waterways that lead to Manila Bay. Aristocrat restaurant, Gloria Maris, a waste treatment facility of The Esplanade (San Miguel By The Bay), and the Manila Zoo were also ordered closed (though in a not-quite-straightforward way in the case of the first three) for the same reason.

Another herculean task would be to ensure that communities along rivers and creeks take part in ensuring clean waterways, an issue that would need a more overarching solution to poverty.

One hopes that this project includes a plan for properly treating and managing the tons of garbage that will inevitably be collected during each round of clean-up and that it will result in the long-term improvement of Manila Bay for people's use and enjoyment. In November 2017, Manila Mayor Joseph Estrada approved a reclamation project along Manila Bay, to be called “Manila Waterfront City,” with a memorandum of agreement being signed by Estrada and Pasay City Mayor Antonino Calixto.

Manila Bay Manila Bay Cleanup Denr Cleanup Drive
Your Guide to Thriving in This Strange New World
Staying
In? What to watch, what to eat, and where to shop from home
OR
Heading
Out? What you need to know to stay safe when heading out