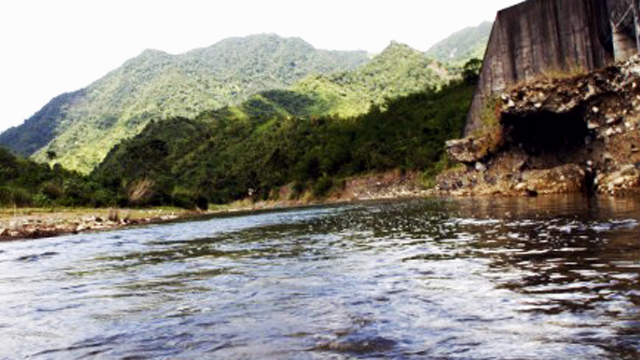 What You Need to Know About the Kaliwa Dam Project

The China-funded project is in the spotlight amid water shortage woes.

(SPOT.ph) In the past few days, several households in Metro Manila have been dealing with daily water service interruptions for up to 19 hours—or even longer. People have been lining up for water rations or getting out of bed at 3 a.m. to store water (while they still can).

Metropolitan Waterworks and Sewerage System Administrator Reynaldo Velasco, on the other hand, questioned why Manila Water is getting its supply from La Mesa Dam when it should be drawing water from Angat Dam in the first place. He also revealed that the level of water in Angat Dam is still high.

In the middle of these issues, the long-overdue yet controversial Kaliwa Dam project has come under the spotlight.

The proposal for the construction of the Kaliwa Dam dates back to the 1970s, although the project originally aimed to build a bigger dam along the Kaliwa River called the Laiban Dam. It was meant to provide Metro Manila residents an alternative water source, but it quickly drew flak from various groups for its potential effect on the environment and on the ancestral lands of indigenous communities.

According to an Inquirer report, a detailed study was conducted for the project in 1989, but the construction was deferred due to ballooning costs. The studies continued under the Ramos administration, but the project was left hanging when the Metropolitan Waterworks and Sewerage System was privatized, with Manila Water and Maynilad taking over. The Laiban Dam was approved for funding under Chinese state loans during Gloria Macapagal-Arroyo's term in 2007, but the proposal fell through amidst the ZTE broadband scandal.

The construction of the Laiban Dam was once again brought up by San Miguel Corp. in 2009, but the venture—highly opposed due to possible increase in water rates—was cancelled in 2010.

In 2012, the Metropolitan Waterworks and Sewerage System (MWSS) decided to include the Laiban Dam construction as part of their Water Security Legacy Roadmap. The public-private-partnership proposal would later be known as the New Centennial Water Source Project, which aims to build an integrated dam system along the Kaliwa River, with Laiban Dam upstream in Rizal and Kaliwa Dam downstream in Quezon (province).

Upon the recommendation of the National Economic and Development Authority, the Laiban Dam component of the project was deferred in 2013. The board suggested that the construction be done in stages starting with the Kaliwa Dam.

In March 2017, financing for the New Centennial Water Source Project (NCWSP) was shifted—instead of relying on a public-private partnership, it would be funded through an Official Development Assistance program from China.

It can be remembered that Malaysia Prime Minister Mahathir Mohamad, during his visit to the Philippines on March 5, warned the country of China's so-called "debt trap diplomacy." In an interview with ANC, he was quoted saying: “If you borrow huge sums of money from China and you cannot pay—you know when a person is a borrower he is under the control of the lender. So we have to be very careful with that."

Church groups in July 2018 protested the project, citing its massive effect on the people residing in the area. "It will inundate the ancestral domain of the Dumagat-Remontados, uprooting them from the Sierra Madre where their ancestors lived for centuries enjoying a symbiotic relationship with the earth like the children to their mother. Undeniably, until now the indigenous people have not given an FPIC (Free Prior and Informed Consent) to the Kaliwa dam project as required by R.A. 8371," a statement signed by the Bishop-Prelate of Infanta and supported by other dioceses and archdioceses in the Philippines. On top of this, there's the issue that the dam "is to be constructed over the Infanta Fault [which] will be a 'sword hanging over the head' of 100,000 people living downstream [from] the Kaliwa River."

In November 2018, environment groups asked President Rodrigo Duterte to stop the construction of Kaliwa Dam, which is set to rise within the Kaliwa Watershed Forest Reserve, where several endemic species reside. As of February, the Department of Environment and Natural Resources has not given its approval for the project as MWSS has not yet submtted all the requirements needed to secure an environmental compliance certificate.

In a press briefing on March 13, Finance Secretary Carlos Dominguez said that the water crisis would have been "much less serious or much less of a threat" if the Kaliwa Dam had been constructed sooner. This comes after Manila Water's El Niño Water Supply Contingency Plan was implemented in an attempt to keep the water La Mesa Dam's water supply from declining too rapidly. What brought on the water crisis remains unclear, though, as the MWSS said in August 2018 that no water shortage was imminent and that the supply of potable water would be enough to last until 2022.

Residents of certain areas in eastern Manila have been experiencing water interruptions for long periods of time since March 6, and on March 14, the water level in La Mesa Dam reportedly breached the critical level of 69 meters at 68.74 meters.

Details behind the water shortage remain unclear. Maynilad, which supplies water for the western sector of the Metro, continues normal operations.

Kaliwa Dam Manila Water Manila Waterworks And Sewerage System Maynilad
Your Guide to Thriving in This Strange New World
Staying
In? What to watch, what to eat, and where to shop from home
OR
Heading
Out? What you need to know to stay safe when heading out