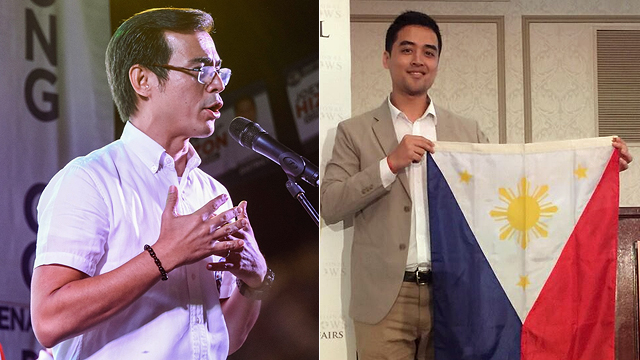 (SPOT.ph) Political dynasties generally make up the Philippine political landscape. You have the Aquinos, Binays, Dutertes, and Marcoses taking hold of various government seats for decades just by passing on the position to their wives, sons, daughters, nephews, nieces, and so on. But in three cities in Metro Manila, we saw a shift in dynasties during the May 13 midterm elections: the Estradas' rule in Manila and San Juan, and the Eusebios' hold on Pasig have ended.

These are the names that ended it all:

Born Francisco Domagoso, 45-year-old Isko Moreno just defeated Joseph Estrada and Alfredo Lim with a landslide vote count of 348,425, which is more than half of the votes cast in Manila City (partial, unofficial tally as of 5:30 a.m.). He served as councilor in Manila's first congressional district from 1998 to 2007, then as vice mayor from 2007 to 2016. Some of his previous programs include free computer education, emergency assistance, scholarships, and free medicine.

He snagged the seat currently occupied by 82-year-old Estrada, who was seeking a third and final term at the city hall. It can be remembered that Estrada, who was president of the Philippines from 1998 to 2001, was the subject of an impeachment trial in 2000 and was sentenced to a lifetime in prison after being indicted for plunder in 2007. He was later granted pardon by former president Gloria Macapagal Arroyo, and again ran for president in the 2010 elections. He lost, but he continued his political career as mayor of Manila from 2013 to 2019.

Moreno also beat Alfredo S. Lim, who was the city mayor from 1992 to 1998, and again from 2007 to 2013. He was a police officer for three decades before entering politics, and was appointed Director of the National Bureau of Investigation during the administration of former president Corazon Aquino. He was appointed by Estrada as secretary of the Department of the Interior and Local Government in 2000.

Vico Sotto gained an 80,000-vote lead against Pasig City's incumbent mayor Bobby Eusebio. The official proclamation is yet to happen, but the young politician already has 201,028 votes while his lone opponent received 116,414 votes. The 29-year-old just ended the 27-year reign of the Eusebios, which started with Vicente Paulino Eusebio's nine-year term in 1992. The family patriarch was succeeded by his wife, Soledad Cruz-Eusebio. Vicente ran again in 2004 and passed on the torch to his son Bobby, then to Bobby’s wife Maribel.

Sotto, son of Coney Reyes and Vic Sotto, may share his last name with incumbent Senate President Vicente "Tito" Sotto III but it's his great-grandfather Vicente Sotto whom he looks up to. In an interview with the Inquirer, the newcomer cites government transparency, accountability, and press freedom as central to his campaign, for which the older Sotto was an advocate. As a councilor, the younger Sotto created and passed the Pasig Transparency Mechanism Ordinance, the first of its kind in the Metro.

Aside from taking ahold of Manila City, Joseph Estrada was also mayor of San Juan from 1969 to 1986. Following the People Power Revolution, he was replaced by officer-in-charge Baby San Pascual and was succeeded by Adolfo Santo Domingo. The family came back to power when Jinggoy was elected mayor in 1992. He was immediately succeeded by his brother JV in 2001, then by JV's mother Guia Gomez in 2010. The incumbent vice mayor, Erap's granddaughter Janella, was supposed to continue the dynasty, but she was defeated by Francis Zamora.