New Mayor Isko Moreno Hopes to Hold Pride March in Manila in 2020
Loading
Already a member? Log in
No account yet? Create Account
Spot.ph is your one-stop urban lifestyle guide to the best of Manila. 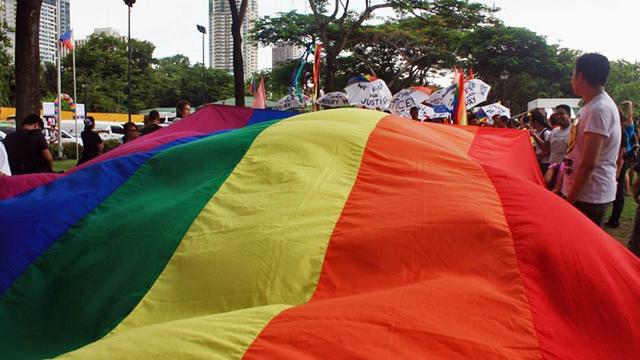 "See you po next year," the mayor-elect said.

(SPOT.ph) His term may haven't officially started, but Manila's mayor-elect Isko Moreno is all set to start a huge change in the Philippines' capital city. He vowed that he will be retaining Arroceros Forest Park, developing Binondo and Ermita, and pushing Manila Bay reclamation to the bottom of his priority list. On the first day of Pride Month, he went all out and promised his constituents for the return of a Pride March in Manila in 2020.

Before the Metro Manila Pride March was held for three consecutive years in Marikina (since 2017), Manila—particularly Malate—was one of the regular venues of the annual event. It takes after the global commemoration of the Stonewall Riots in New York City on June 28, 1969, a significant moment in modern LGBTQ+ social movement. Police raids on gay-frequented establishments like Stonewall were common. But on that night in June, the patrons—mostly people of color, transgender women, and drag queens—fought back.

In the Philippines, the 1990s saw an emergence of LGBTQ+ organizations. The first Pride March was held on June 26, 1994 at the Quezon City Memorial Circle through the efforts of ProGay Philippines and the Metropolitan Community Church. More than a Stonewall remembrance, the march was a protest against the imposition of Value Added Tax. With this, the Philippines gained the distinction of being the first country in Asia and the Pacific to host a Pride-related parade. In 1999, Task Force Pride was established as the official convenor of the annual community-driven Metro Manila Pride March.

The Metro Manila Pride March was eventually moved to December 2003 to coincide with other important dates in the LGBTQ+ calendar: World AIDS Day (December 1), National Lesbian Day (December 8), and International Human Rights Day (December 10). The Pride March then became Pride Season, a six-month long celebration of pride and diversity. Then in 2015, the March was moved back to June—to jumpstart the half-a-year event.

Should the mayor-elect's plans push through, Manila would be following Quezon City's footsteps in having its own Pride March outside the Metro Manila Pride March.

"You were born this way, baby!," Moreno punctuated his Pride Month post, reinforcing his support to the LGBT community.

UPDATE (June 19, 4 p.m.): In an interview with MB Life, Moreno confirmed that Manila City is having its own Pride March, separate from the existing Metro Manila Pride March. "We are going to prepare. We’ll look at what happened in New York, in Amsterdam, and in San Francisco and we’ll pick it up from there," the mayor said. He's also looking into including members of the LGBTQ+ community in "policy-making, governance, and so on."