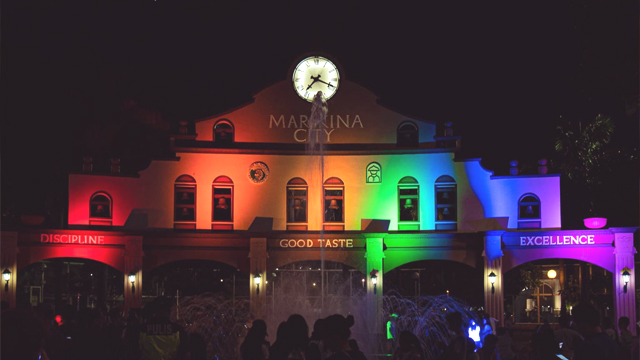 (SPOT.ph) Every June, we see people all dressed up in colors of the rainbow or waving a six-color flag while marching the streets to stand against all forms of discrimination and injustice. This is the annual Pride March, a global event joined by members of the LGBTQ+ community and its allies to commemorate a momentous event in history—the uprising of gays, drag queens, and transgender people in New York on June 28, 1969 against violent police raids in Greenwich Village's gay establishments, most notably the Stonewall Inn. And if you won't be able to join this year's Metro Manila Pride March in Marikina City on June 29, you can still march with everyone through Pride March Everywhere. What matters, after all, is you know what Pride is all about: a protest.

Pride March Everywhere, which is initiated by creative digital agency Propel Manila, lets you turn your walk to wherever into a march for equality. "The idea is a creative solution to a collective problem every Pride—a lot of people want to go, but can't because of different reasons," the company said in a statement. You may be miles away from Marikina City (or even Metro Manila), still mustering enough courage to be out and proud (no pressure!), or physically unable to march with the rest of the LGBTQ+s.