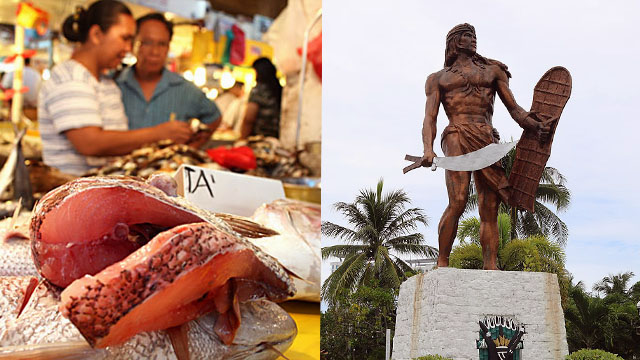 It's been called a "dishonorable" use for a hero's name.

(SPOT.ph) We're not sure what it is with the government and fish these days, but it looks like Tito Sotto's citizenship remark isn't the last we'll be hearing on the subject. Another lawmaker has filed a bill to halt the "dishonorable" use of Lapu-Lapu, the name of a historic Datu, to refer to a fish species. House Bill 2223, a.k.a "An Act Rectifying the Dishonorable Use of a Great Filipino Name Lapu-Lapu to a Fish Species 'Plectropomus leopardus'" has now joined the Magna Carta for Commuters, the SOGIE Equality Bill, and other important matters in legislation.

"The bill aims to rectify, correct and give justice to the honorable name of Lapu-Lapu as a hero," said Congresswoman Paz Radaza, who filed the bill, in a report by GMA News Online. She is the Representative of Lapu-Lapu City, Cebu.

"It is inappropriate, a defilement, and a violation, even if the fish could be the most sought-after, not only in the Philippines but also in Southeast Asia,” said Radaza. Lapu-Lapu (the fish) is a kind of grouper, a sought-after species widely known in the culinary world.

According to Radaza, she wants the fish to be known as "Pugapo," the Visayan name. If passed, this fish law will mandate the National Historical Commission of the Philippines, and the Bureau of Fisheries and Aquatic Resources—which is under the Department of Agriculture—to implement the renaming.

Clearly, people online aren't taking the filing of the bill too seriously. Many are questioning the use of government resources and time for a piece of legislation that, in their opinion, won't change much.

Honestly, shouldn't we ask them first before changing their name?