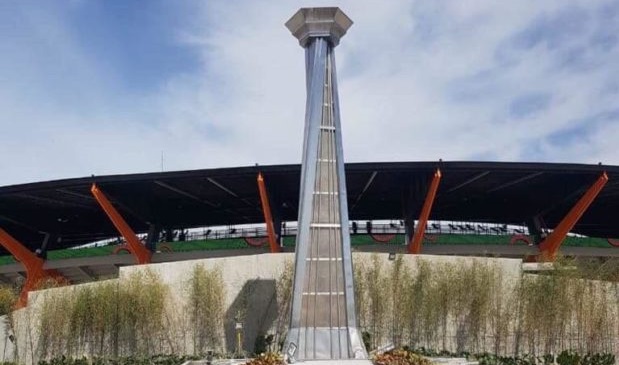 People are wondering if the cost is justified.

(SPOT.ph) The Philippines will be hosting the 30th South East Asian Games; an honor, to be sure, but after a discussion in Senate regarding the New Clark City Sports Hub, the expenses for the stadium cauldron, situated near the Athletics Stadium in the sports complex, have come to light. It reportedly costs about P50 million pesos.

"In other words, we did away with 50 classrooms in exchange for one kaldero, is this a correct conclusion?" said Senate Minority Leader Franklin Drilon. The "kaldero" in question will hold the flame for the South East Asian Games (SEA Games) during the entire event. It is three meters wide and 50 meters high, according to a report by CNN Philippines.

In case you were wondering why or how—we can't exactly figure both out—this structure amounted to around P50 million pesos, the reported breakdown is as follows:

The design, pegged at P4.4 million, was done by the late National Artist for Architecture Francisco "Bobby" Mañosa. It was his last project before his death early in 2019. The Philippine Sports Commission was in charge of the entire project, according to a report by Inquirer.net.

In defense of the budget, Senator Sonny Angara said that the government wanted to "do a really impressive hosting of the games and showcase the Philippine ingenuity by using Philippine creative designers and performers." Despite this, people online had a lot of feelings about this cauldron. From pointing out all the other things we could've used the money for to downright anger, here are the best ones we saw:

It's not illegal to dream.

Asking all the important questions.