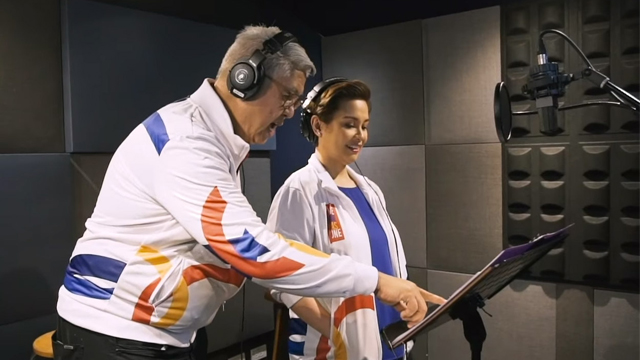 We also got to chat with Cayabyab about the track.

(SPOT.ph) The Southeast Asian Games is a prestigious biennial sporting event that features the best athletes from the South East Asian nations to compete in their respective sports. The Philippines has hosted the event in 1981, 1991, 2005, and for 2019, majority of the Southeast Games' (SEA Games) events will be at the New Clark City and Apl.de.ap will even perform at the opening and closing ceremonies. Well, it looks like Filipino representation will be on full force because the SEA Games theme song titled "We Win as One" has brought together our very own Lea Salonga, Ryan Cayabyab, and Floy Quintos.

The music video was launched on September 3 at The Grand Bar & Lounge of Resorts World Manila, and features Salonga and several of our athletes with the New Clark City as background.

National Artist for Music Cayabyab composed the song while Palanca award-winning writer-director Quintos wrote the lyrics. Tony awardee Salonga lends her voice to sing the heart-moving tune that celebrates the grit, discipline, and skill of athletes, as well as the sportsmanship and pride that binds them.

The original arrangement was meant to be performed by a group, and had a more R&B, upbeat vibe, Cayabyab explains. He has previously worked on the music for the 2005 SEA Games in the Philippines, but he says this year's will be grander. "We're working with a team that handles sports spectacles. The audience is international and it's definitely for broadcast. They've handled the Olympics in London and the Asian Games in Indonesia," Cayabyab shares excitedly.

A Facebook live video of the launch of the music video was posted on the official Facebook page of the 2019 SEA Games. Check it out:

The song will be the final performance of the SEA Games' opening ceremony. Salonga will be out of the country at that time for Sweeney Todd, but Cayabyab shares that the track will be performed by an 11-member group instead.

The SEA Games, happening from November 30 to December 11, is set to be the biggest to be held in the Philippines, with 11,000 athletes and officials, 9,000 volunteers, 530 events, 56 sports, and 44 venues in Clark, Subic, Metro Manila, Cavite, Batangas, Laguna, and La Union.