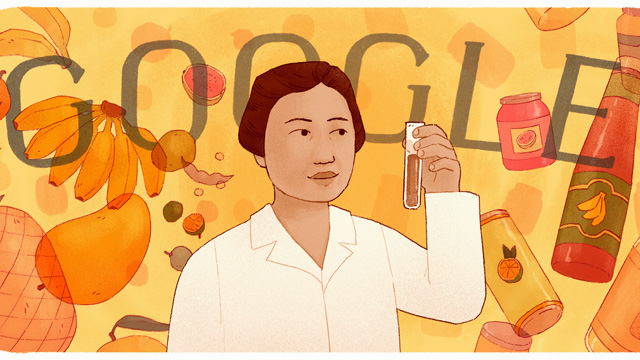 (SPOT.ph) If you Google something today—scratch that, when you Google something today, you may want to stop for a bit and check out the doodle! It features Filipina food scientist Maria Ylagan Orosa and was drawn in honor of her 126th birthday. On one side of her are just a couple of the ingredients she worked with and on the other are some of the things she created, one of which is the unofficial national condiment of the Philippines, banana ketchup.

Beyond being named the creator of the fruity-tangy sauce, though, Orosa has a couple other impressive titles, including veteran war hero and humanitarian.

A Batangueña through and through, Orosa was sent to the University of Washington in Seattle, U.S.A. in 1916 under a partial government scholarship. She completed undergraduate and graduate studies in pharmaceutical chemistry, and while she was there, she also threw in a degree in food chemistry—because why not?

Upon her return to the Philippines in 1922, she set out trying to solve the growing problem of malnutrition. Aside from banana ketchup, she is also credited with the invention of the palayok oven. This earthenware pot combined with sheets of metal proved to be an easier way for people in remote villages to cook over an open fire.

Two of her other inventions, Soyalac, a drink made from soybeans, and Darak, vitamin B-rich rice cookies, were an important source of nutrients during World War II.

"We hope that this serves as a reminder for Filipinas to pursue their passions and use their talent and skills for the greater good," said Bernadette Nacario, Google Philippines country director in a statement. Here's hoping this doodle inspires more budding scientists.