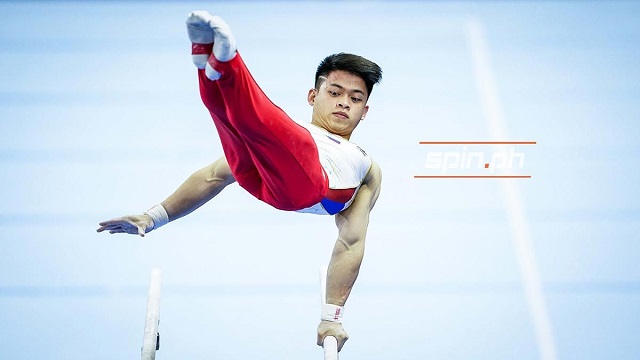 (SPOT.ph) Carlos Yulo has completely dominated the gymnastics competition of the 30th Southeast Asian Games with a total of four medals: two golds and two silvers. He bagged the Philippines' first gymnastics gold on December 1 for the Individual All-Around edition of the Men’s Artistic Gymnastics, proving yet again why he holds the title of 2019 World Artistic Gymnastics champion. On December 3, he swept a total of three medals: striking gold yet again for floor exercise, before settling for silver medals in pommel horse and still rings.

It's enough precious metal to make an entire nation—and maybe even a tiger parent or two—extremely proud, but it seems the gymnast is holding himself to even higher standards than your parents ever did. "Not satisfied," is how Carlos Yulo felt about his two silver medals, as quoted in a report by Inquirer.net.

According to Yulo, he felt he performed better during his practice than during the competition itself—but is still happy he won at all (which is far more than we self-proclaimed couch potatoes can ever say). Malaysia’s Tan Fu Jie took the gold for pommel horse, while  Yulo tied with Indonesia’s Arifin Dwi for a mark of 13.733 in still rings; gold went to Vietnam’s Dang Nam.

Yulo struck gold in the floor exercise thanks to an impressive routine that catapulted him to a mark of 14.700. Thailand slid into second place with a score of 13.833 by Tikomporn Surintornta while Malaysia's Zur Bahrin Mat Asri took third.

His first 2019 Southeast Asian (SEA) Games gold was for the Gymnastics-Artistic competition. With a total score of 84.900, Yulo topped the floor exercise and horizontal bar. He ranked second in still rings, vault, and parallel bars, and third in pommel horse—an all-around podium finish.

While the world-class gymnast might have had to settle for a couple of silver medals, we'll be cheering him on to what might be the Philippines' first-ever Olympic gold medal in Tokyo 2020—presumably from our couches.