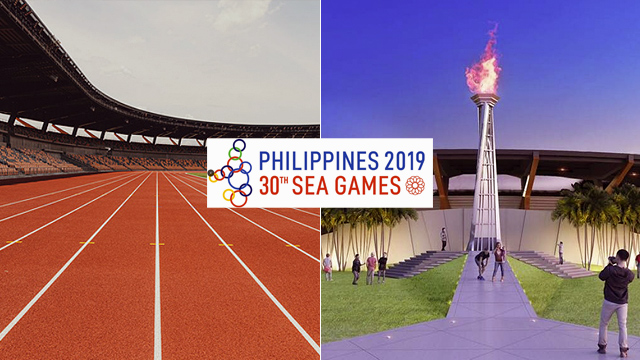 Everything You Need to Know About the 2019 SEA Games

From traffic updates to how to get tickets, we've got you covered.

(SPOT.ph) Nothing can unite and divide as much as sports can—especially in the Philippines. The upcoming 2019 Southeast Asian Games is slated for November 30 to December 11 and is being tagged as the biggest edition of the competition so far. So if you want to be part of the action and cheer our athletes on, then here’s a roundup of all the necessary details.

Here’s what you need to know about the 2019 Southeast Asian (SEA) Games:

The Biggest Edition Yet

This is the fourth time the Philippines has hosted the competition, where athletes from 11 countries around Southeast Asia battle each other for the podium. We first hosted in 1981, then in 1991, and again in 2005—the same year we first garnered the title of overall champ with a total of 290 medals. This 2019 run is the biggest so far with a total of 56 sports and 530 events. To compare, the previous run in Malaysia in 2017 had only 38 sports with 404 events. Around 8,750 athletes and team officials are expected to compete this year.

Sports fall under three main categories: Compulsory, Olympic and Asian Games sports, and Regional and New Sports. The last category generated some buzz with the inclusion of e-sports in the roster. Athletes will be competing in six games, namely, "Arena of Valor," "Hearthstone," "StarCraft II," "Tekken 7," and yup, the ubiquitous "Dota 2" and "Mobile Legends: Bang Bang." Other firsts for sports include surfing, skateboarding, underwater hockey, and the obstacle course.

The controversial logo of the SEA Games is composed of 11 circles representing the 11 nations facing off during the competition. Pami (short for pamilya) is the literally bubbly mascot for the games. "We Win as One" is the chosen battle cry for the 2019 edition of the SEA Games. The anthem, with the same title, was composed by National Artist for Music Ryan Cayabyab while Palanca award-winning writer-director Floy Quintos wrote the lyrics. Lea Salonga also lends her voice to the tune.

How to Watch the Games

With more than 500 events for over 50 sports scheduled over a couple weeks, you’re sure to be able to catch at least one live. Check out the schedule of which games you want to watch on the official website. Tickets can be bought online through SM Tickets for around P50 to P300, depending on the venue. Just remember that for all of the SEA Games events, a clear bag policy will be implemented—backpacks, purses, fanny packs, camera cases, and any other opaque bags will not be allowed, although small clutch bags not exceeding 4.5 inches by 6.5 inches have been given the green light.

You can keep track of the games through the 2019 SEA Games Facebook page; the official website also has a tally to keep track of all the medals. For television, only 11 sports have been tagged for live coverage by the Philippine SEA Games Organizing Committee: basketball, volleyball, football, swimming, diving, athletics, badminton, boxing, gymnastics, sepak takraw, taekwondo, and e-sports.

November 30 will mark the beginning of the games with an opening program set to happen over at the Philippine Arena in Bulacan. The Philippine SEA Games Organizing Committee (PHISGOC) has been mum about their plans for the ceremonies, but with delegates from all over the region set to march for the Athlete’s Parade and organizers like the U.S.-based FiveCurrents (the same team behind the 2014 Winter Olympics in Russia), we’ve got our fingers crossed hoping for the best.

The important task of lighting that golden cauldron for the SEA Games falls upon the shoulders of Senator Manny Pacquiao and fellow boxing champ Nesthy Petecio. The lineup of performers includes names like KZ Tandingan, Elmo Magalona, and Iñigo Pascual. Filipino-American artist Apl.de.ap will be one of the biggest stars of the night, and is also set to perform during the closing ceremonies.

The games will happen in four main areas: namely the Metro Manila cluster, Subic cluster, Clark cluster and Others. In Metro Manila, the areas to be used will be the SM Mall of Asia Arena for basketball, the Rizal Memorial Sports Complex for gymnastics and football (which started on November 25), the Filoil Flying V Centre for e-sports, PhilSports Arena for volleyball, and many more (including Starmall EDSA for bowling and SM Megamall for ice skating).

Aquatics and athletics will be held at the New Clark City Sports Hub while beach volleyball and the triathlon will be in Subic. All clusters will host several different sports. Some events, such as surfing, which is set to happen at the Surfing Capital of the North—San Juan, La Union, will be farther from the Metro.

Because parking will predictably be an issue and security will be at an all-time high, shuttles have been prepared for spectators wanting to reach the venues outside of Metro Manila. Point-to-point buses from several malls in Manila heading to the SM Clark Transportation Hub have been arranged by PHISGOC for fares ranging from P180 to P300. Free shuttle services from SM Clark to the games’ venues and back will also be available.

With around 9,000 athletes and perhaps even more spectators going around the Metro and farther, the Metropolitan Manila Development Authority is gearing up for the incoming traffic inferno. Around 2,000 traffic enforcers will be deployed throughout the competition’s duration while a stop-and-go traffic scheme to make way for official SEA Games convoys will be implemented along EDSA and other major roads.

Several potential chokepoints have been listed by the agency, so you may want to avoid the following areas:

Plus, sections of Adriatico Street and P. Ocampo Street near the Rizal Memorial Stadium Complex will be closed off during the games. Several schools have already cancelled classes in anticipation of the games.

UPDATE (November 29, 2019): This article was updated following a change in the assigned torchbearers for the SEA Games opening. Initially, gymnast Carlos Yulo was set to join Manny Pacquiao, but was changed to Nesthy Petecio.