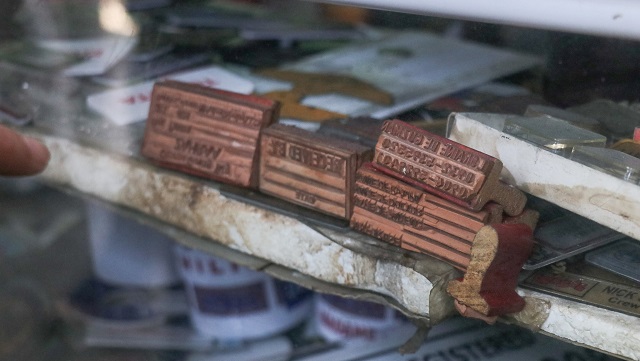 The "University of Recto" Was Raided; Here's What They Found

Check out the steampunk-looking diploma mill they found.

(SPOT.ph) Let's say, in a completely and absolutely hypothetical situation, that you were in need of a not-so-legitimate document. Most people would direct you to the shops that line the length of Recto Avenue in Manila, nicknamed the "University of Recto," thanks to the uhm, services they offer (read: fake documents). But that moniker might soon change, especially with the raid that was carried out on Wednesday, December 18, which ended with a total of 42 arrests and the confiscation of several items used for questionable purposes.

The 42 arrested individuals are under investigation, according to the Manila Public Information Office.  Aside from the arrests, the items that were confiscated include a mimeograph (an old-school copy machine), three metal dry seals, receipts, computer units, and two printers.

The "star of the show," though, is most probably a nineteen kopong-kopong era device that was allegedly used to churn out everything from fake diplomas, birth certificates, transcripts, licenses, clearances and more, said the Manila Public Information Office (PIO).

The current administration led by Mayor Isko Moreno has been warning Recto's establishments to stop their illegal services, but the raid comes after officials learned that even government receipts had been forged, said the PIO. "Panahon na para maisawata ang Recto University," said the Mayor. We're sure the late statesman Claro M. Recto agrees.