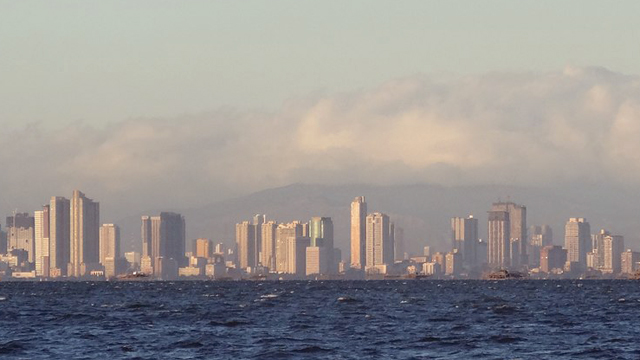 Home Quarantine, Suspended Transportation + What You Should Know About "Enhanced Community Quarantine"

These new measures will be implemented all over Luzon.

(SPOT.ph) All of Luzon has now been placed under an "enhanced community quarantine," announced President Rodrigo Duterte in an address to the nation on March 16. This will take effect on 12 a.m., March 17 to 12 a.m., April 13. This comes after people were unable to keep in line with the "community quarantine" currently in place, said the president, prompting the toughening up on measures.

"I am placing the entire mainland of Luzon under quarantine until April 12, 2020, coinciding with the entire end of the Holy Week," said Duterte. So how does this differ from the "community quarantine" first announced on March 12?

There are four main measures to be followed, based on the definition by the Department of Health. First, a strict home quarantine will be implemented meaning that everybody has to stay indoors. Second, all forms of transportation will be suspended. Third, food and health services will be regulated. Last, there will be more uniformed personnel visible on the streets. This is also in line with a memorandum earlier released by Malacañang Palace.

Check out what else you need to know about the "enhanced community quarantine":

Who can move around?

"It will be an enhanced quarantine during which the movement of everyone will be strictly limited," said the president. Moving around outside will only be allowed if you're on the way to get basic necessities, he added, needed "to survive the coming days."

Supermarkets and pharmacies will be open. Meanwhile, ATMs and banks will remain operational, according to presidential spokesperson Salvador Panelo in a CNN Philippines report. Offices under the executive arm of government, and private businesses related to food and medicine production, banks, telecommunication companies, and BPOs will also be open but kept to a skeletal workforce, explained Cabinet Secretary Karlo Nograles.

A work-from-home arrangement is expected from all possible sectors. Duterte asked employers to release workers' 13th month pay or part of their salaries even if they cannot show up for work.

"Ang general rule is that "home quarantine" muna tayo," explained Nograles, which means that the earlier announced curfew has been superseded. Everybody is expected to stay home 24/7 unless it is to get basic needs. People exempted from the limitations on movement are frontline health workers and other authorized medical officials.

What regulations will be in order?

Duterte also said that local governments will be allowed to create any measure as long as it is for the public interest, "and in good faith." Barangays will be in charge of keeping peace. "Sumunod lang kayo at wala tayong problema," said Duterte, adding that arrests can be made.

According to the president, "we have enough supplies." He has spoken with several conglomerates to ensure this, including talks with Ramon Ang, head of San Miguel Corporation, to continue suppplying food—something the company has already promised.

How can people move around?

It seems people without their own private vehicles may find it hard to move around and get basic necessities. Mass transportation will be suspended, including buses, jeepneys, and the city's train lines. Bus transport company Victory Liner Inc., has already suspended operations for the time being.

There are 142 confirmed cases of people infected with COVID-19 in the Philippines, as of writing. Two have recovered while 12 have died.