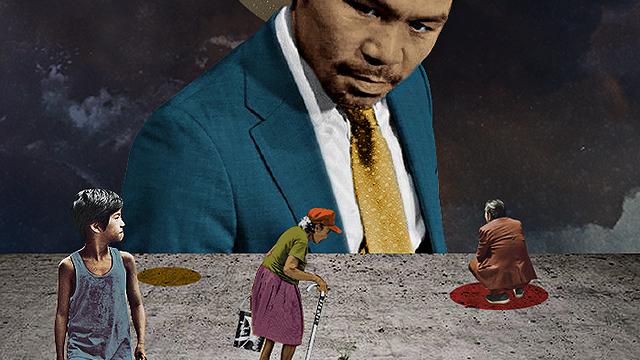 No, Donating Money Does Not Make You a Good Senator

(SPOT.ph) A few senators have been put in the spotlight amid the COVID-19 pandemic—some for bad reasons, some for not-as-questionable-or-depressing reasons. Manny Pacquiao, it seems, has been deemed a shining ray of hope in the confusing scene that is the Philippine government.

The senator has earned praise online for his many donations to frontliners—digging into his own very deep pockets to do so—and for calling on his fellow ultra-rich friends to do the same. But a few have also asked, isn't this the bare minimum we can expect from a legislator who is also on Forbes' list of the highest-paid athletes of all time?

So far, the senator has made headlines for donating five buses to the Metropolitan Manila Development Authority, around 600,000 face masks to multiple frontline government agencies, and for getting Alibaba co-founder Jack Ma (who is worth U.S. $39.8 billion, or around P2 trillion—nine zeroes, people) to donate 57,000 COVID-19 testing kits and PPEs, plus a couple of "South Korean friends" to donate 700,000 face masks. All definitely good numbers and good news—especially when you think about Pacquiao as a man whose wife, Jinkee, can afford to, and is known for, wearing multi-million peso outfits.

As a senator—part of the legislative arm of the Philippine government—Pacquiao has called on fellow solons to donate from their own pockets if there are not enough funds. A P200-billion budget has already been set aside for low-income households, according to President Rodrigo Duterte.

As a person whose current net worth is pegged at somewhere between U.S. $190 million and U.S. $220 million, Pacquiao's donations are part of the least he can do—very much welcome and appreciated, but the bare minimum one would expect. Thousands of other less-moneyed people across the nation and across the globe have started their own efforts to help in whichever way they can.

I appreciate everything Sen. Pacquiao has done to help the needy during this crisis. But you can't tell me he's exceptional for donating this amount & this much & asking his rich friends to donate too blah blah.
Ordinary citizens have been doing as much! THEY'RE JUST NOT AS RICH! pic.twitter.com/ZpXlKAQCLa

A mass production of face shields and other protective equipment for frontliners has already been started by people from their homes. There are also citizen-led initiatives to cook hot meals for health workers, and multiple donation drives to help the different sectors misplaced by the quarantine. People everywhere have done what they can—and perhaps even outside the capacity of their own bank accounts—to show common human decency.

The rags-to-riches tale of boxing legend Manny Pacquiao is known worldwide. His stint as a senator, though, has been less inspiring, to put it lightly. There's no denying Pacquiao has been through it all, ideally picking up a few life lessons during his rough ride to the top of the pyramid. But grade-school students are taught that a senator's mandate is lawmaking, and while there are other skills that help make a good senator, donating money is not one of them. Whatever happened to expecting more from our public servants?

There's no denying Pacquiao's donations and his presence have somehow helped during this pandemic. Whether that's all there is to what he can do, now and for the rest of his time in office, is up to you to decide.

Adventurer Savvy Seasoned Manny Pacquiao Covid-19 Government Covid-19 New Normal Opinions
Your Guide to Thriving in This Strange New World
Staying
In? What to watch, what to eat, and where to shop from home
OR
Heading
Out? What you need to know to stay safe when heading out