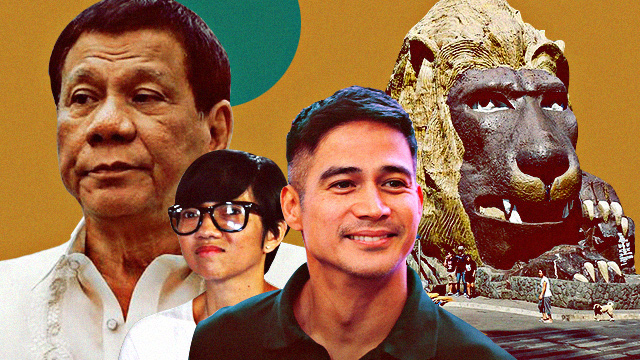 Turned Away by Sagada and Banaue, Joyce Bernal's SONA Video Team Ends Up in Baguio

(SPOT.ph) The name of actor Piolo Pascual was trending on Twitter on July 6, Monday, but not for a great reason. The celebrity, along with Director Joyce Bernal, was turned away on July 5 by Sagada's local government unit after their request to film in the municipality was rejected. Sun Star Baguio on July 7 reported that they were also denied entry in Banaue, Ifugao; and then ended up checking in at Camp John Hay Manor in Baguio City, Benguet.

Bernal’s team was supposed to capture footage in the Cordilleras, to be used for President Rodrigo Duterte's upcoming State of the Nation Address on July 20. They drove to Sagada on the evening of July 5 despite being told two days prior that their request was denied given the health and safety restrictions in the municipality. The local COVID-19 task force allowed them to stay the night at Sagada Cellar Door since they were already there, but on the condition that they would immediately leave the next morning.

Local news correspondent Karlston Lapniten reported that Bernal’s team left Sagada on Monday morning, but went straight to Banaue, Ifugao, with the intention of shooting in Batad. Banaue Mayor John Wesley Dulawan, however, cited a previously issued executive order that prohibits travel to and from Banaue until July 10. The guests were escorted by local police outside the town’s welcome arch.

Sun Star Baguio reported that the general manager of the Camp John Hay Manor, Ramon Cabrera, explained that the team stopped by Baguio Teacher’s Camp, which is currently being used as a triage unit for arriving OFWs. Bernal and company have authorization to travel signed by Dennis Wilfred P. Pabalan, executive director of the Malacañang Presidential Broadcast Staff.

According to Department of Health - Cordillera, Baguio City has a total of 47 confirmed cases with one patient still in quarantine, Ifugao has six positive cases with three individuals still at the hospital, and Mountain Province has one confirmed COVID-19 patient who has already recovered.