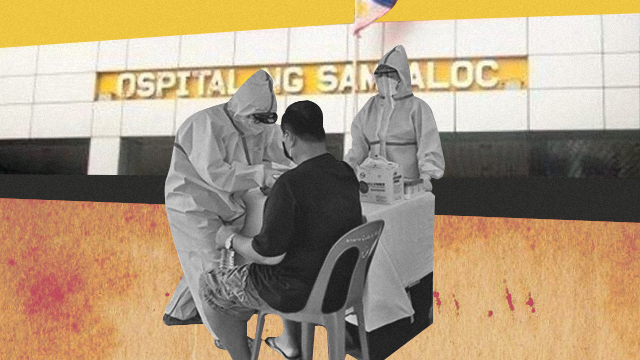 This time, it's a walk-in center.

(SPOT.ph) Various sectors in the country called for mass testing when the number of COVID-19 cases began increasing in March. The current administration, however, has opted for what they call "targeted expanded testing," despite the World Health Organization's call to "test, test, test." In an effort to test as much people as possible and stop the virus from spreading further, Manila is opening another testing center that is open for free to both residents and non-residents of the city. Ospital ng Manila is now available for walk-ins from Monday to Friday, 8 a.m. to 5 p.m.

Manila City on July 15 and 18 launched two drive-thru COVID-19 testing centers: one in front of the Andres Bonifacio Monument in Lawton and another at the Quirino Grandstand in Ermita. These places can accommodate 700 and 200 tests a day, respectively. Both sites are open to four-wheel vehichles, tricycles, pedicabs, motorcyles, and bikes. All tests, which use the rapid antibody testing method through four newly aquired serology testing machines, are free for Manila and non-Manila residents. Results are sent via text within 24 hours, and individuals who need clearance for whatever purpose are sent a printed copy to their homes.

In a statement, Mayor Isko Moreno asked for donations to sustain their program on free mass testing. "I want every Manileño to be good people to others, like how Manila is trying to be a good neighbor to other cities. Yakapin natin lahat hanggang kaya nating yakapin lahat. We cannot survive alone. Kakayanin natin ang hamong ito," he added.

Covid-19 Detection Covid-19 Manila Ospital Ng Sampaloc Isko Moreno Mass Testing
Your Guide to Thriving in This Strange New World
Staying
In? What to watch, what to eat, and where to shop from home
OR
Heading
Out? What you need to know to stay safe when heading out