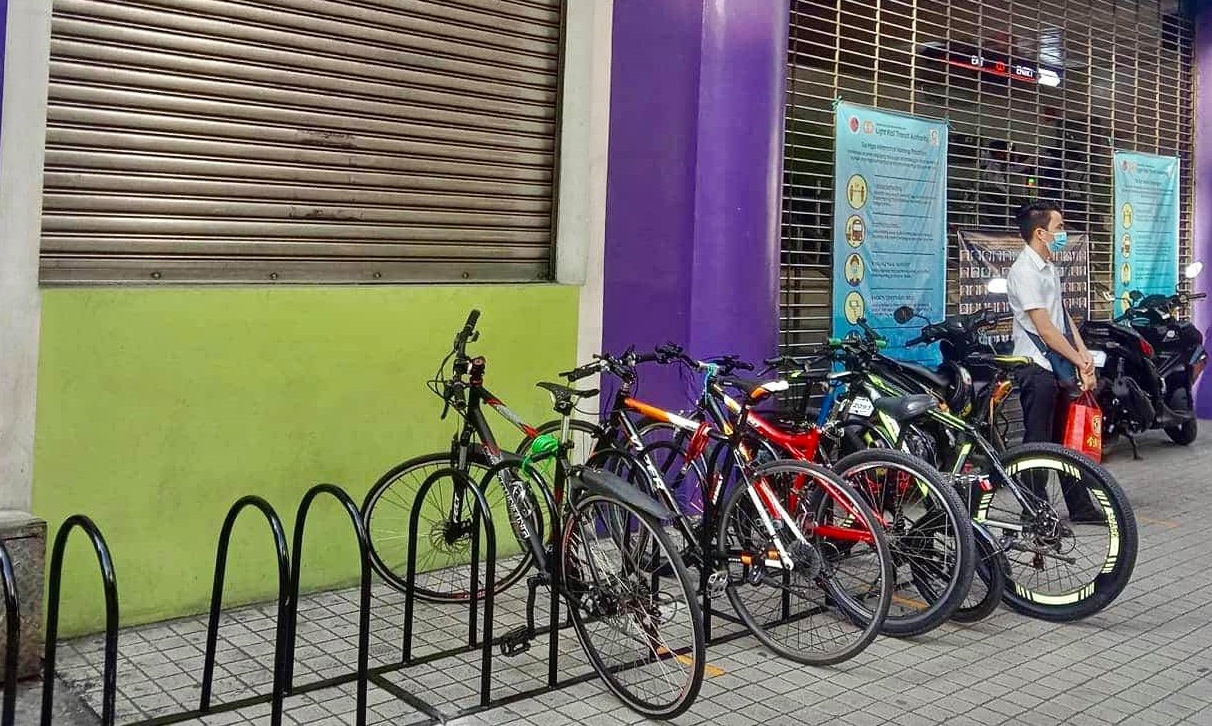 And they're free to use!

(SPOT.ph) Bikes have become a popular mode of transportation for most folks who have to head out. Here's good news if you're one of them: Bike racks have been installed in several stations of the Metro's train lines—the Metro Rail Transit Line 3, the Light Rail Transit Lines 1 and 2, and the Philippine National Railways. These racks are free to use for commuters, announced the Department of Transportation on July 22.

Racks where cyclists can park and leave their bikes have been installed at several stations. Check out this list to find out where:

Cyclists can park their bikes for free before boarding trains at all lines; just be sure to bring your own padlocks.

For commuters at the LRT-2, you can park anytime between 5 a.m. to 8 p.m. and claim your bike up until 10 p.m., when the train line closes operations. While roving security personnel are present, the Light Rail Transit Authority noted that they will not be liable for lost or damaged bikes.

Over at the MRT-3, they're aiming to install a total of 34 bike racks which will service all stations. Each bike rack can accommodate five bicycles.

This move is in line with the push for a more bike-friendly Metro Manila. More bike racks will pop up in other transport hubs, noted Transport Chief Arthur Tugade, and so will—fingers-crossed—bike lanes. Several cities in the Metro have started their own bike-friendly initiatives. Pasig City, for one, also has plans of equipping key public areas with bike racks, while pop-up bike lanes have been spotted in San Juan City.