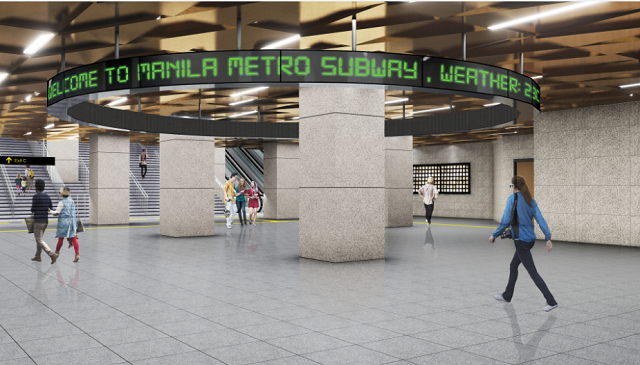 The Metro Manila Subway Is Set to Begin Operations By 2022

(SPOT.ph) A train line that will take you straight to the airport? Finally, it's coming. Construction for the Metro Manila Subway is still on track despite quarantine restrictions, with a target to begin partial operations by 2021—yes, next year. "Gusto ko ho mag-partial operability last quarter of next year," Department of Transportation Secretary Arthur Tugade was quoted in a GMA News report.  As of July, the project is 17.26% complete. Unfortunately, the target for partial operations was moved back to 2022, according to reports in September.

Where will the Metro Manila Subway take you?

The first purely underground railway system in the Philippines has a planned span of 36 kilometers from Quirino Highway in Quezon City all the way to the Ninoy Aquino International Airport Terminal 3 in Pasay City. It will ideally cut down travel time between the two spots from one hour and 10 minutes to 45 minutes.

A total of 15 stations are planned across the Metro, with stations at the business districts in Ortigas, Bonifacio Global City, and Makati City. Initially, the "partial operability" of the first three stations—Quirino Highway, Tandang Sora, and North Avenue—was slated for 2022. According to Tugade, the train depot in the City of Valenzuela is crucial to allow for a partial opening in 2022. Full operations is targeted for 2026.

The subway is expected to carry 370,000 passengers daily, with a full capacity of up to 1.5 milion. Trains are designed to run at speeds of up to 80 kilometers an hour. In comparison, the Metro Rail Transit Line 3 runs at just around 30 kilometers per hour as of writing.

How did this train line come about?

The idea for a Metro Manila Subway system has been around since the '70s. Several proposals and feasibility studies have been done since then but construction only officially began in February 2019. Huge tunnel-boring machines were brought in for the project, the first phase of which is being funded through a P51 billion loan from the Japan International Cooperation Agency.

Update (as of November 17, 5 p.m.): The article was updated to reflect the Department of Transportation's change of target partial operability.