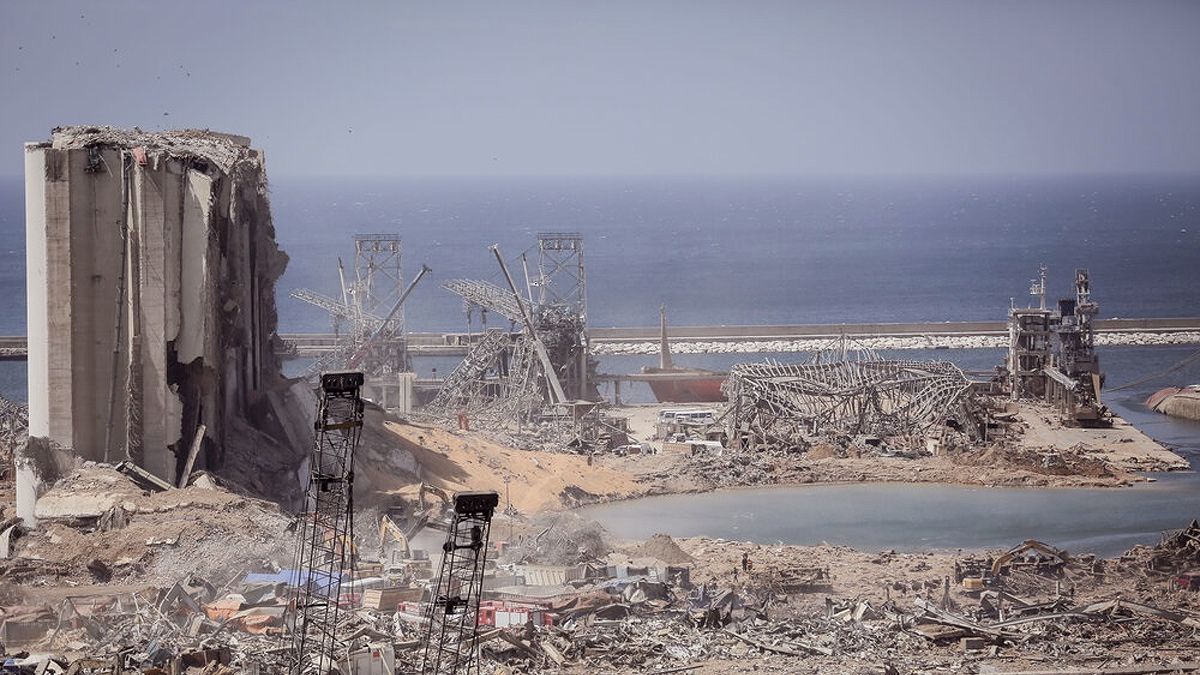 It's been a week since the deadly blast in Beirut.

(SPOT.ph) Just last week, the world woke up to tragic news of a massive explosion in Beirut, Lebanon, on August 4, 6 p.m. (Beirut time). The number of casualties as of writing is at 137 with 5,000 injured and four hospitals damaged in the height of a pandemic. Tens of thousands of protesters have since been calling for accountability on the streets of Beirut, which have resulted in violent dispersals by the city's security forces.

In the middle of it all, Lebanese Prime Minister Hassan Diab announced his resignation on Monday evening, August 10 (Beirut time). "Therefore, today I announce the resignation of this government," he said in a national address, which was also published by the country's state-run media outlet. While Lebanese President Michel Aoun accepted his resignation, Diab was asked to continue performing his duties until a new government is installed.

Lebanon's government, which is a legacy of French colonial rule, follows the framework of a parliamentery democratic republic where representation is divided among religous groups. It is mandated that the president should be a Maronite Christian with a term of six years, the prime minister a Sunni Muslim with a four-year term, and the speaker of parliament a Shiite Muslim with a four-year term. The president is elected, but the prime minister and cabinet positions are appointed by the president. The Lebanese people say that this system has led to instability and lack of accountability from their leaders.

Alleged corruption in the Lebanese government

"I previously said that the system of corruption is deeply-rooted in all the functions of the State; nevertheless I discovered that the corrupt system is bigger than the State, and that the latter is constrained by this system and cannot confront it or get rid of it," explained Diab in his national address. He cited the explosion in the port of Beirut as an example of this widespread corruption.

A report by Aljazeera revealed that the cargo of ammonium nitrate arrived in Lebanon in September 2013. It was aboard a Russian-owned vessel flying the state flag of the Republic of Moldova, which was forced to dock in Beirut following problems at sea. The vessel was eventually abandoned by the crew, and the cargo was offloaded and placed in a port warehouse. Letters were sent from Lebanese customs to an unnamed judge between 2014 to 2017 asking what to do with the dangerous ammonium nitrate—no response was given; and years later, the ticking time bomb wiped out part of the city. Many Lebanese were quick to point out that the root cause of this tragic event is mismanagement by a corrupt political class.

This isn't the first time that the Lebanese parliament is stepping down. In October 2019, former Prime Minister Saad al-Hariri resigned from office following a protest movement called October Revolution against state corruption. However, Hariri—who started his second term as prime minister in 2016—was asked to perform his duties until a new prime minister was installed in January. Diab was then appointed by Aoun to take on the role.

The same transition period is expected given the latest developments. Diab will be tasked to lead a temporary ad hoc government (a.k.a. caretaker government) until a new prime minister and cabinet are in place. According to NPR's expert, Carnegie Middle East Center director Maha Yahya, there's the option to hold early elections. But this is not enough, according to her, as the "scale of the tragedy and the depth of the anger is just too much." Yahya said that a best-case scenario would be to appoint an indepedent prime minister that would "put together an economic and financial rescue plan" and prepare for an election in 2021. Lebanon last held its election on May 6, 2018, and is set to have another one in 2022.

Beirut Lebanon Protest News Adventurer Savvy Seasoned
Your Guide to Thriving in This Strange New World
Staying
In? What to watch, what to eat, and where to shop from home
OR
Heading
Out? What you need to know to stay safe when heading out