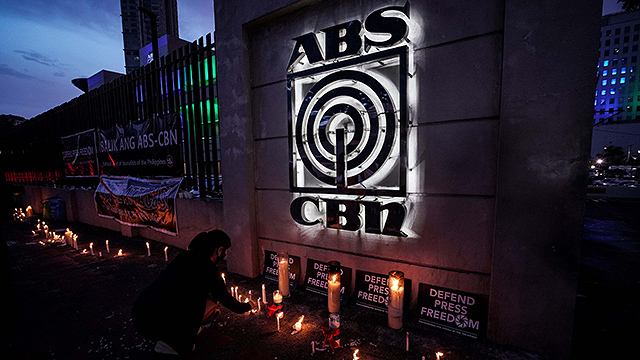 LOOK: ABS-CBN Journalists Sound Off as Regional Programs Go on Air for the Last Time

(SPOT.ph) Today marks the final newscasts of 12 regional TV Patrol programs. On August 26, The ABS-CBN network said that they are pulling the plug on these local news programs after their bid for a franchise renewal was rejected by the House of Representatives on July 10. Several ABS-CBN departments are now on shaky ground as closures and retrenchments are announced—and ABS-CBN Regional is the latest to shut down several of its long-standing programs.

Formerly known as the Regional Network Group, this ABS-CBN department first began starting up flagship stations across the nation in 1988. They have been airing local editions of TV Patrol program on their 21 regional stations for more than three decades now, reported the network, with news delivered in the language of the area. The 12 stations set to air their version of TV Patrol for the final time are the following:

With the final airing closing in, several of ABS-CBN's journalists have taken to social media to post their farewells—as well as to sound off on the issue.

ABS-CBN reporter and producer Chiara Zambrano compiled several pictures of the different regional newscasts and posted them in black and white. "These providers of credible news to local communities—in their language—will go dark forever," wrote Zambrano. "In this endless chain of painful days, today hurts deeper than others."

Broadcast journalist Karen Davila responded to Zambrano's post. "ABS-CBN did this even when it wasn’t profitable," she pointed out. The regional TV newscasts were a platform for municipalities and provinces to air their voice, "for injustices in their own towns to be heard." She also reacted to the initial announcement of the closures, saying, "Loss after loss."

ABS-CBN North America correspondent TJ Manotoc also posted a short video with a touching spoken word piece on his Twitter, as directed by Paolo Ramos. It is entitled "Paalam" and features cuts of what looks to be from the ABS-CBN headquarters amid their final days. Fellow Kapamilya journalist Jeff Canoy quoted Manotoc's work. "Karangalan ang magkuwento" he said simply.

Several other reporters, regional and national, as well as supporters took to Twitter to sound off on the issue as well or say a simple farewell. Viewers can still catch the last newscasts of their regional networks on Facebook. Meanwhile, we round up a few heartfelt tweets.

Adventurer Savvy Seasoned Abs-cbn Regional Karen Davila Jeff Canoy Hard News
Your Guide to Thriving in This Strange New World
Staying
In? What to watch, what to eat, and where to shop from home
OR
Heading
Out? What you need to know to stay safe when heading out