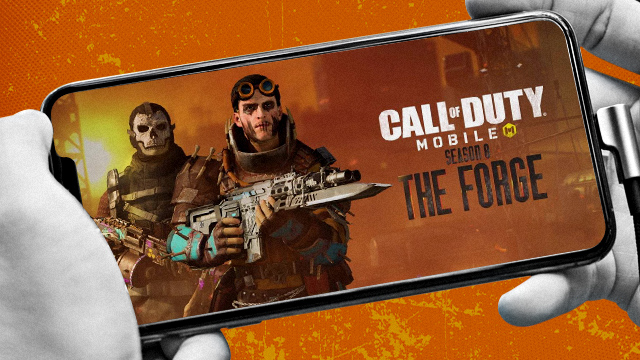 ESports Games Are a Big Thing Right Now and Here's Why

Check out some of the most popular games you can try.

(SPOT.ph) Remember how, in your childhood, your mother would shoot you a look while you spent long hours in front of the computer? Your eyes were trained on the computer screen, tapping the keyboard like crazy, facing down enemies and loading up on weapons. Because of this, hearing “Kaka-kompyuter mo 'yan!” was a staple growing up, and the comment usually popped up in any of these situations: you had a headache, you got a low score on a quiz, or sometimes, for no reason at all. Kids these days have it easier: they could always say they're training for their future career in online gaming.

The esports industry has grown exponentially in the past few years. Esports players have become huge stars in their own right with big prize money winnings and brand endorsements. Get this: the richest Pinoy esports player has earned P39.2 million thus far.

What exactly is esports?

The Telegraph in 2017 defined esports as “competitive gaming at a professional level.” It is a spectator sport that can be watched by audiences the world over via streaming platforms like Twitch or YouTube. Esports is a well-oiled ecosystem composed of professional players, game developers, professional teams, and tournament organizers, among others.

Common esports game genres include multiplayer online battle arena games, first-person shooters, and real-time strategy. These games are usually played on PCs with high specs (which explains the booming gaming desktop and laptop categories for computer peripherals) and require a reliable and fast Internet connection. Some games have been made available for mobile phones as well.

A South China Morning Post story in February 2020 cites a We Are Social report in 2019, where it was found that 32% of Internet users in the Philippines play games via streaming, while 42% of Pinoys watch live streams of these users who play such online games. Esports was recognized as an official sport when the Gaming and Amusements Board allowed professional esports players to secure athletic licenses in August 2017.

Esports in the Philippines

The Philippines has the second biggest number of Mobile Legends players, coming after Indonesia, according to JJ Lin, the esports manager for Montoon in a report by ABS-CBN in August 2019. Montoon is the game developer behind the hugely popular Mobile Legends (also called ML), which has also quite the following in the country. It's gotten so big that we now have an MLBB Professional League, the first professional Mobile Legends league, which is now in its sixth season.

Pinoy professional gamers have been actively participating in competitions in the past couple of months. The first Mobile Legends: Bang Bang World Championship, dubbed M1, happened from November 15 to 17 in Malaysia, crowning EVOS Sports of Indonesia as the first ever MLBB champion. Sixteen teams from all over the world participated in the tournament, with two groups, Sunspeak and ONIC Philippines, as our representatives.

There were talks in early 2020, before the quarantine, of an esports course to be taught in schools. Esports management and talent agency Tier One revealed how they were progressing in crafting an esports course with Lyceum of the Philippines. "It is meant for those who will work on the backend operations of esports," says Tier One CEO Tryke Gutierrez.

Curious what this whole esports movement is about? The best way to understand it is to get to it. Check out the games you might want to dip your toes into (and they’re all free!).

Mobile Legends: Bang Bang is a multiplayer-online based arena game that came out in November 2016. The usual game mode has two five-member teams competing with the objective of destroying the base of the enemy before they do. Each player can control a selectable character or Hero, each with individual abilities and traits. There are 94 heroes (with some that have to be unlocked) to choose from and they can either fall under any of these six classes: tank, fighter, assassin, mage, marksman, or support. As a strategy, it’s best to ensure that your team is well-rounded in terms of these classes for better chances of winning. You can also select your Emblem setup, Battle Spells, and Gear.

Are you a fan of the Japanese cult hit Battle Royale? Check out online multiplayer battle royale game PlayerUnknown's Battlegrounds (PUBG), which takes inspiration from the said film. As it is in the movie, the main objective is to be the last player standing (or team; you can play as a duo and as a four-member team, too). Each game starts with a hundred players dropping on the map; note that you can select your landing location. Once players land, they can go around the area to collect supplies and fight other players to be the ultimate survivor. Fun fact: This game has been downloaded more than 600 million times!

This first-person shooter game is said to “offer a greatest hits tour of the franchise’s most popular multiplayer modes.” It appeals to fans of the Call of Duty video games from the early 2000s and even those who are new to the franchise. The mobile release has three modes: Multiplayer, Zombies, and Battle Royale. In multiplayer, you have Team Deathmatch, where you suit up with a team and go against opposing teams to earn points; and Search & Destroy, where you team up and, well, destroy the enemy.

You might recall DOTA from your high school days, and yes, the PC-only game now has a sequel. In DOTA 2, you have to gather gold, gain experience, and destroy the rival team’s Ancient to win the game. It’s often said that DOTA 2 is quite complicated and has a steep learning curve, so it’s recommended to get started with Single Draft, where you choose three random characters, which limits the pool selection (DOTA 2 features over a hundred heroes) and makes it less daunting for beginners. You can check out this no-bullshit method to get started.

Summit News Adventurer Savvy Esports Gaming Explainer Summit News Feature Apps Mobile Legends Pubg Call Of Duty Mobile Dota 2 Guide Greener
Your Guide to Thriving in This Strange New World
Staying
In? What to watch, what to eat, and where to shop from home
OR
Heading
Out? What you need to know to stay safe when heading out