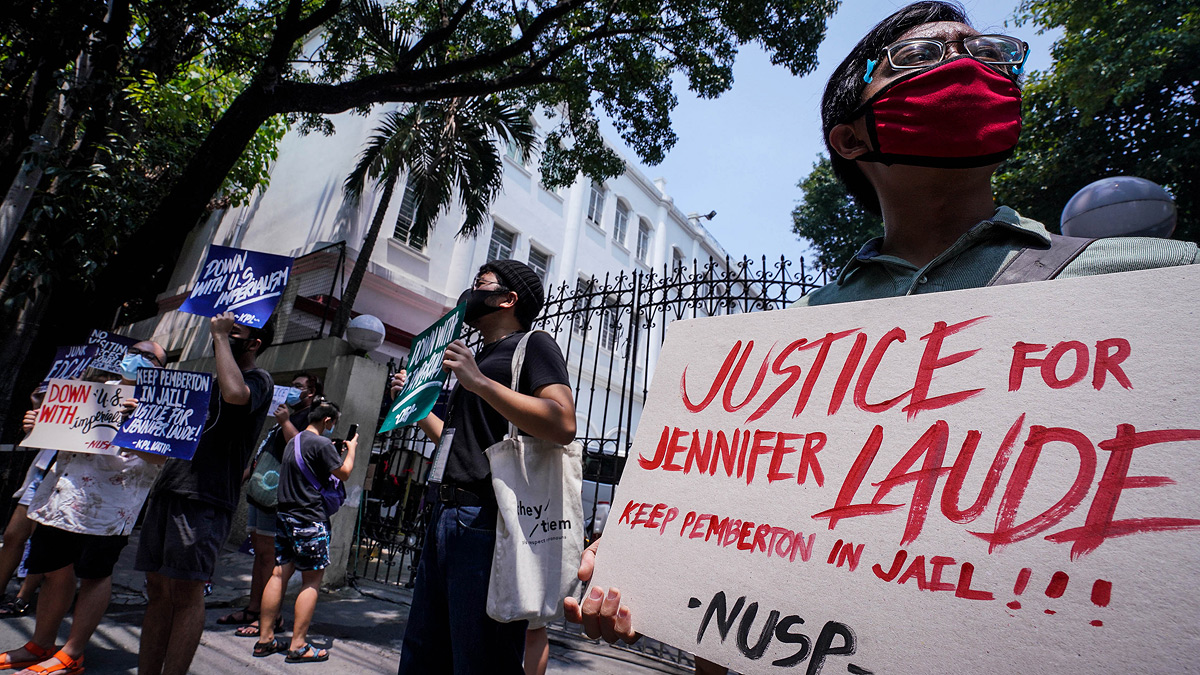 (SPOT.ph) President Rodrigo Duterte on September 7 granted an "absolute pardon" to U.S. Marine Lance Corporal Joseph Scott Pemberton, who was found guilty of homicide in the death of Jennifer Laude on October 11, 2014. He admitted to choking Laude after learning that the transgender woman was a "man," and evidence showed that he rammed her head into a toilet in a motel bathroom, where she was found dead and naked. The Marine was tried for murder at the Olongapo Regional Trial Court, but the conviction was later downgraded to homicide with a sentence of six to 12 years in jail on December 1, 2015. His prison sentence was later reduced to a maximum of 10 years.

On September 1, the Olongapo City Regional Trial Court ordered the release of Pemberton's release after over five years and eight months in prison. He was credited with "good conduct time allowance," which is given to prisoners who show good conduct while in detention.

In his weekly public address, Duterte justified his pardon, arguing that the Marine deserves the "good character presumption."

"The Marines could have reported otherwise to the Secretary of Justice, to the police... that he was shouting like a drunken man. But the presumption is, since there were no such reports, then the man did not do anything wrong. In fairness, the computation is finished, he was recommended to be released, then release him," the president said.

This turn of events drew the ire of many in the local Twitterverse, who seek justice for the killing of Laude and for the rights of transgender people:

This was just four days after the public official "vehemently [denied]" that he favored an early release of Pemberton. "As I’ve said, the death of Jennifer Laude is symbolic of the death of [the] Philippines’ sovereignty," Roque said.

The documentary Call Her Ganda,which had its Philippine premiere at the Cultural Center of the Philippines on August 5, 2018, looks into the Laude-Pemberton case. It is directed by California-raised Filipino director PJ Raval.