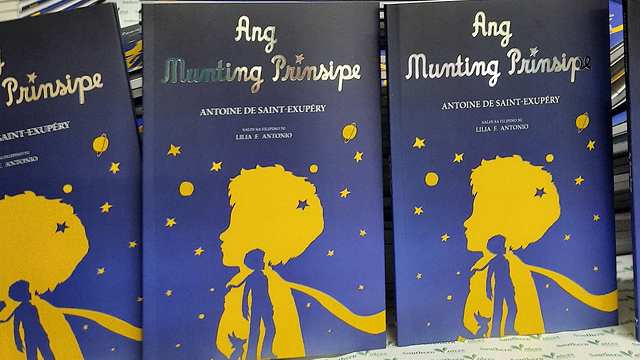 You can get it at a discounted price until tomorrow!

(SPOT.ph) Antoine de Saint-Exupéry's The Little Prince, which was originally published in French in 1943, is one of the most translated books in the world. According to the Guiness World Records, it has been translated into 382 different languages and dialects—from the Northwest Caucasian language Abkhaz to the Zulu language in Southern Africa. It was first translated into Filipino in 1969 by essayist and poet Lilia F. Antonio. And just in time for this year's Manila International Book Fair, independent publisher Southern Voices Printing Press launches a reprint of the local translation of the French classic, which goes by the title Ang Munting Prinsipe.

Ang Munting Prinsipe will be available on the Manila International Book Fair (MIBF) website from November 24 to 30. But if you can't wait, you can already order through Southern Voices Printing Press' Facebook page for a pre-launch price of P350. All you have to do is send them the number of orders, name, mobile number, and address; and pay through GCash or RCBC bank deposit. After the official launch on November 25, it will be sold for P450.

You can also join a panel discussion on the significance of children's literature during the pandemic on November 25, from 5 p.m. to 6 p.m., on MIBF's YouTube page. Guest speakers include Monique Wilson, Nikki Luna, John Arcilla, Lilia Antonio, Bibeth Orteza, and Jamela Alindogan.