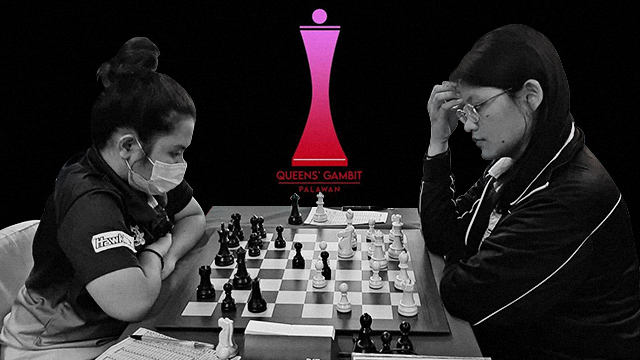 (SPOT.ph) Looks like Netflix show The Queen's Gambit has really made waves. The Philippines now has an all-female professional chess team—touted as the first one—and yup, they're called the Palawan Queen's Gambit! Beth Harmon better keep an eye out for this strong team of nine, with four international and two national masters to boot. And yes, in case you missed it the first time, they're all women!

The team is composed of Women International Masters Marie Antoinette San Diego, Mikee Charlene Suede (both of whom are in the post above, playing at a championship in Quezon City in February 2020), and Catherine Pereña-Secopito. Included as well is Women International Master-elect Shania Mae Mendoza. San Diego is just 21 years old and took part in her first tournament at just five years old—a few years younger than Harmon when the fictional prodigy first tried her hand at the game.

Women National Masters Carmelita Abanes and Cecilia Cuizon are also part of the team, along with Palaweño talents Marife Dela Torre, Yanika Eli Seratubias, and Jesibel Maberit. The entire team has qualified for the Professional Chess Association of the Philippines league slated to start in January 2021.

The team is owned by Palawan enterpreneur Jojo Mitra and will be guided by Susan Neri, a chess coach from the De La Salle University. They said it was time for the country to "know that the lack of women in the sport is the reason why there are very few masters," in a report by Palawan News. Mitra hopes that the move to support an all-female team will help more Filipinas become interested in the game.

As Neri added, "Chess is not just for men. It’s time women play and show that all’s fair in the game." Keep these names on your radar!

You'll Also Want to Read These

Adventurer Savvy Seasoned Chess Sports Queen's Gambit Palawan Staying In
Your Guide to Thriving in This Strange New World
Staying
In? What to watch, what to eat, and where to shop from home
OR
Heading
Out? What you need to know to stay safe when heading out