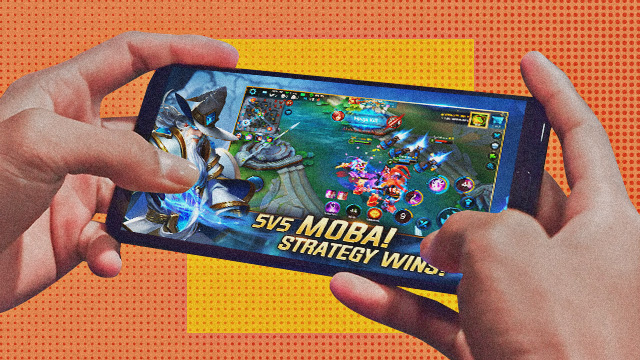 10 Fun Games to Check Out If You Liked Mobile Legends

If you're in need of another challenge.

(SPOT.ph) At some point while you’re out to get groceries, there’s at least a 90% chance that you will see someone holding his or her phone in landscape—fixated on the screen with matching sounds effects of clashing swords, casting spells, or audio that says “attack” or “retreat.” That person is most likely playing Mobile Legends: Bang Bang.

According to analytics firm SensorTower, Mobile Legends: Bang Bang (MLBB) is one of the top grossing mobile games in several Southeast Asian countries such as the Philippines, Indonesia, and Malaysia. But hey, MLBB is not the only 5v5 real-time multiplayer gameplay that you can play. Check out these other Multiplayer Online Battle Arena games that’ll get you to shout attack and retreat.

Also read:
ESports Games Are a Big Thing Right Now and Here's Why

Want to get into games like Mobile Legends? Check out these fun games, too:

This game pits our fave Marvel heroes and villains (including the ones in the X-Men and the Fantastic Four lore) against each other in Multiplayer Online Battle Arena (MOBA) format. Marvel: Super War offers a geekier experience since the characters’ skills are all based on their abilities (i.e., shield throwing for Cap, shooting for Star Lord). NetEase Games makes sure the game does not fall short on its roster as over 50 characters are available and more are being added regularly. Even some lesser-known heroes are in the game!

To top it off, alt costumes or skins are also available for each character: There are comic book-based skins and even Marvel Cinematic Universe-based ones. And yes, skins from past Marvel films up to the latest TV shows WandaVision and The Falcon and the Winter Soldier are in the game.

For MOBA mobile gamers, LoL: Wild Rift is undoubtedly MLBB’s greatest rival. It’s the mobile version of the widely successful PC game of the same name. Riot Games’ Wild Rift has over 40 champions (all coming from the OG game) and there are three more champions coming in May—namely Kha’Zix, Rengar, and Renekton. The game is filled with amazing visuals and action-packed gameplay. Battles are set in an abridged version of Summoner’s Rift with different sets of jungle monsters and runes compared to the PC version. Tip: Playing as Blitzcrank is kind of a rite-of-passage thing for newbies.

Arena of Valor, or AoV to its players, is famous for many reasons. One is because it’s published by Tencent Games (parent studio of Riot Games) and another is because it features several collabs with different universes such as DC comics, Sword Art Online, and even Bleach. Can you imagine Batman or Superman killing minions and taking down turrets along with European deities or legends?

Heroes Evolved is a MOBA game by Netdragon Websoft Inc. with over 500,000 downloads on app stores. The game also offers 5v5, 3v3, and 1v1 game modes along with 100+ playable characters including Cleopatra, Anubis, Zeus, Hades, and other mythical beings. Compared to other MOBAs, Heroes Evolved sports a simpler battlefield than others, but make no mistake: action-packed clashes and surprising ganks are still on the menu. It is also currently celebrating its fourth anniversary with tons of in-game surprises. Time to DL it now, player!

Available on Android,  iOS , and Steam.

Frankly speaking, the roster of heroes available in Heroes Arena is more similar to MLBB’s. That might be a downer, but the heroes’ unique and creative skills and abilities could lure you back in. Its main battlefield is also a mixture of MLBB’s Land of Dawn and Wild Rift’s Summoner Rift. Bushes and walls are spread throughout the map differently which means you need to come up with new strategies for ganks and escapes.

COFA Games’ Awakening of Heroes follows the usual pattern of mobile MOBAs but its quirky heroes and hero abilities set it apart from the usual fantasy-driven games. Some of its heroes are Gram Lucinda, Mimi the Mime Artist, and Doughnut Ninja. As for its gameplay, there’s a thing called Bomb Touchdown, where you can pick up a bomb dropped by a defeated minion and use it to destroy a tower—touchdown style.

Its other unique features include plants, which you can place anywhere in the map to secure ganks against enemy heroes, and upgrade cards, which you need to collect to increase the stats of your hero. This game is available to play even offline.

Onmyoji Arena is another mobile MOBA game by NetEase Game released in 2018. It This Google Play Editor’s Choice is based from the Onmoyji series, a set of novels from 1986 up to 2005. The game’s lore is based on the novels with amazing Japanese-themed visuals and easy gameplay. Onmyoji Arena has the typical 5v5 matches and a Royal Battle 3v3v3 where the first team to have 30 kills wins. Its third anniversary is also coming up, which means new users might be in for tons of in-game rewards!

Vainglory has almost 900,000 downloads, and for good reason. In this game by Super Evil Megacorp, you can choose between over 50 heroes with different abilities and skills. Some of these heroes are automatically unlocked once you reach specific ranks. The game’s graphics is like of those PC MOBAs—cool and sleek. If MLBB has the Lord as its final-slash-most-powerful jungle monster, Vainglory has the Kraken. Defeat it, and it’ll join your side and make its way to your enemy’s base.

Available on Android , iOS, and Steam.

Brawl Stars is a third-person shooter MOBA game. It’s made by Supercell, the creators of Clash of Clans and Clash Royale. In it, you must accomplish your mission and shoot the enemy team who’s also trying to accomplish the same thing. One virtual stick is for movement, while another is for firing your weapon. There are different characters to choose from, with each play style and skill set differ from one another.

There are also different game modes that rotate daily. There’s Gem Grab, where the first team to collect 10 gems wins; Battle Royale, where it’s you against everyone; and a football-themed game where you basically play football but must protect the ball by shooting at your enemies and score a goal.

Imagine being in the Pacific Rim 'verse and duking it out against other Jaegers—that’s what playing War Robots feels like. The point-of-view might be different from other MOBAs, but the requirements are the same: teamwork, coordination, and battlefield awareness. In a 6v6 match, you must fire your missiles and lasers at your enemies to destroy them and capture beacons. You bring up to five robots with you, so when your first one gets destroyed, you can continue the game using your next one. Earn silver by winning matches, and use them to upgrade your 'bot.

Available on Android , iOS, and Steam.

Games Virtual Games Mobile Games Savvy Adventurer Seasoned Greener Guide Staying In Steam Gaming Mobile Legends Con-00263 Google Play App Store Esports
Your Guide to Thriving in This Strange New World
Staying
In? What to watch, what to eat, and where to shop from home
OR
Heading
Out? What you need to know to stay safe when heading out