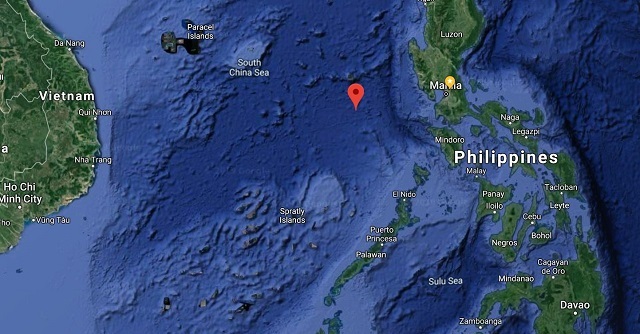 The DFA has issued a new statement telling China to respect our sovereignty.

(SPOT.ph) A new statement was issued by the Department of Foreign Affairs on April 3 protesting the actions of the Chinese Coast Guard in the waters of Bajo de Masinloc. Chinese forces were "shadowing, blocking" and conducting "dangerous maneuver, and radio challenges" during the Philippine Coast Guard's "legitimate maritime patrols and training exercises" in the area from April 24 to April 25 said the Department of Foreign Affairs (DFA) on Monday.

This recent increase in Chinese activity on Philippine waters has had the DFA on alert since the start of 2021. In their latest statement, they protested the "incessant, illegal, prolonged, and increasing presence of Chinese fishing vessels and maritime militia vessels in Philippine maritime zones." Government has taken note of the "unauthorized" activities in areas around the Pag-asa Islands, Zamora Reef, Panata and Kota Islands, Ayungin Shoal, Quirino Atoll, and most recently, in Bajo de Masinloc, since January 1.

Meanwhile, Foreign Affairs Secretary Teodoro "Teddy" Locsin had choice words to say on his personal Twitter account. "China, my friend, how politely can I put it? Let me see… O…GET THE F*CK OUT," he wrote, complete with the all caps on his public profile.

"Respect Philippine sovereignty," is the bottomline in the DFA statement. They reiterated the 1982 United Nations Convention on the Law of the Sea for our claim to the waters, a claim also backed by a United Nations Arbitral Tribunal in 2016.

“The United Nations Convention on the Law of the Sea (UNCLOS)—to which both the Republic of the Philippines and China are parties—and the final and binding 12 July 2016 Award in the South China Sea Arbitration are clearly the only norms applicable to this situation,” the DFA said earlier in April.

A Timeline of DFA Statements Over the West Philippine Sea

The Chinese Embassy spoke up in April after Defense chief Delfin Lorenzana issued a statement calling for Chinese vessels to leave the vicinity of Julian Felipe Reef. On April 3, they called Lorenzana's statement "perplexing" and stated that the "Niu'e Jiao is part of China's Nansha Islands." Chinese fisherfolk have used the Juan Felipe waters "as traditional fishing ground" for many years, according to the Chinese embassy.

This resulted in the DFA summoning Chinese Ambassador to the Philippines Huang Xilian on April 12 over their "utmost displeasure" regarding Julian Felipe Reef. Because yes, the Chinese ships were still there.

Another two diplomatic notes were earlier issued by the DFA on April 23. A total of 160 Chinese vessels were recorded on Philippine waters as of April 20, with the DFA protesting their presence "anew." "The presence of these vessels blatantly infringe upon Philippine sovereignty, sovereign rights and jurisdiction," they noted.

Adventurer Savvy Seasoned Hard News Teddy Locsin China West Philippine Sea Wps Staying In Heading Out
Your Guide to Thriving in This Strange New World
Staying
In? What to watch, what to eat, and where to shop from home
OR
Heading
Out? What you need to know to stay safe when heading out