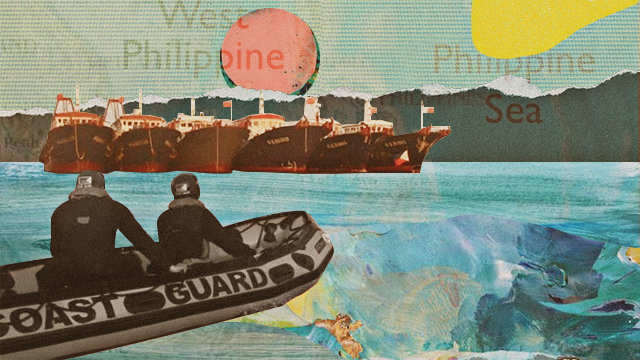 That "Piece of Paper," or the UN Tribunal Ruling on the West Philippine Sea: A Short History

(SPOT.ph) Chinese presence in the West Philippine Sea has increased in the past month, with milita ships scattered over a wide area of the Philippines' exclusive economic zone since early April.

"When China claimed the entire ocean as theirs, e wala akong magawa, wala tayong magawa e 'yan ang gusto niya," said President Rodrigo Duterte in 2018, pointing out that the West Philippine Sea was being "eaten slowly" by China. He said, "Well, I’m sorry. That’s how it is," in 2019, after the Chinese military sank a Filipino fishing boat.

In a recorded speech aired on May 5, the president said that the United Nations-backed tribunal in The Hague that ruled in favor of the Philippines in the West Philippine Sea dispute is but a "piece of paper."

What is this "piece of paper" about the West Philippine Sea?

On January 22, 2013, the Philippines brought an arbitration case against China to the United Nations Convention on the Law of the Sea. The country challenged several unlawful acts by China: that China has no entitlement to areas of the West Philippine Sea that it had been claiming; that China's self-proclaimed nine-dashed line map is bullshit (politely said, of course); and that China has been occupying submerged banks, reefs, and even rocks just to make them islands they can own.

China, as expected, declared that they would not participate in the arbitration. On August 1, 2013, they reiterated "[their] position that [they do] not accept the arbitration initiated by the Philippines." In fact, they didn't appoint an agent as representative of their side.

The Permanent Court of Arbitration stepped in and ruled that they have jurisdiction over the case, pursuant to the 1982 United Nations Convention on Law of the Sea. The Permanent Court of Arbitration, based in The Hague, Netherlands, acts as an arbitral tribunal that resolves disputes between member states, international organizations, or private parties. It has 122 member states, which includes the 120 members of the United Nations.

On July 12, 2016, the Permanent Court of Arbitration released their decision on this matter. "The Tribunal concluded that there was no legal basis for China to claim historic rights to resources within the sea areas falling within the ‘nine-dash line,'" they said in a statement.

“Having found that certain areas are within the exclusive economic zone of the Philippines, the Tribunal found that China had violated the Philippines’ sovereign rights in its exclusive economic zone by (a) interfering with Philippine fishing and petroleum exploration, (b) constructing artificial islands and (c) failing to prevent Chinese fishermen from fishing in the zone,” the tribunal statement added. For these reasons, it was also found that it is illegal for China to harass Filipino fishermen in the area and build infrastructure on the reefs and shoals.

This decision should have stopped China from carrying out any "unlawful activities" in the territory, and harassing Philippine vessels right in our own waters. But, obviously, that didn't happen. They even chased away a media crew aboard a Filipino civilian vessel, which was just around 90 nautical miles from mainland Palawan, well within the Philippines’ exclusive economic zone. China claimed that the ruling is "naturally null and void," as reported by government-run Xinhua News Agency in 2016.

How did the territorial dispute start?

The territory in question is Bajo de Masinloc or Scarborough Shoal (Philippine Name: Panatag Shoal; Chinese Name: Huangyan Dao), which is a triangle-shaped chain of reefs and islands surrounding a lagoon covering an area of 150 square meters. The closest Philippine land mass is Palauig in Zambales province, 220 km away. It’s 350 km from Manila and more than 800 km southeast of Hong Kong.

Kalayaan, on the other hand, is part of the larger Spratlys group of features in the South China Sea. It has long been declared on paper as owned by the Philippines through Presidential Decree No. 1596 signed by former President Ferdinand E. Marcos in 1978. The area has also been constituted as a “distinct and separate municipality of the Province of Palawan.”

But China isn't the only one interested. The West Philippine Sea's remarkable amount of biological diversity, abundance of oil and natural gas, and strategic maritime link and international sea-lanes have all become factors in the territorial dispute involving other sovereign states that also include Taiwan, Vietnam, Malaysia, Brunei, and Indonesia.

China picked a fight with Vietnam in 1987 and denounced the latter's occupation of Barque Canada, one of the large reefs, as well as nine islets. In 1990, Indonesia initiated a series of workshops on "Managing Potential Conflicts in the South China Sea," in which China did not participate. In 1992, China came up with its own "Law on the Territorial Seas and their Contiguous Waters." In 1993, concrete markers with Chinese characters were placed at the Mischief (Panganiban) Reef located about 134 nautical miles west of Palawan. China continued to stake its claim on other Philippine formations, including Recto, Bulig, and Hasa-Hasa Shoals, among others. They took effective control of the disputed Scarborough Shoal in 2012, building forts, runways, and patrol stations.

Duterte said in a recorded briefing televised on May 3: "I never, never in my campaign as president, promised the people that I would retake the West Philippine Sea."

Many Pinoys online have pointed out that in a February 2016 debate among presidential candidates during the campaign period, he said: "Sasakay ako ng jet ski, dala-dala ko 'yong flag ng Pilipino at pupunta ako doon sa airport nila tapos itanim ko. Then I would say, 'This is ours and do what you want with me. Bahala na kayo,'" Eight months later, he said "it was a hyperbole."

West Philippine Sea Duterte South China Sea Explainer Adventurer Savvy Seasoned
Your Guide to Thriving in This Strange New World
Staying
In? What to watch, what to eat, and where to shop from home
OR
Heading
Out? What you need to know to stay safe when heading out