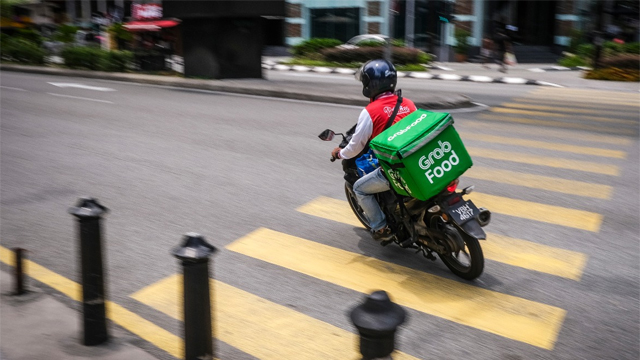 Here's why some ARMY members are calling for a boycott.

(SPOT.ph) Grab Philippines released a statement on June 17 saying that it suspended some of its delivery riders just a few hours before the launch of the much-awaited BTS McDonald's meal. This comes after screenshots surfaced online showing delivery riders making derogatory and homophobic comments against the superstars. The screenshots were circulated among ARMY members with some calling to boycott the platform.

"We have a zero-tolerance policy for inexcusable behaviour," stated Grab Philippines. They added that the delivery riders in question have been suspended. There was no direct acknowledgement of the homophobic comments and "jokes"  that were seen being made by the delivery riders online, nor did they state the number of workers involved.

"We hope that consumers will not let the actions of a few select individuals affect the livelihoods of the many delivery-partners," they added.

Also read:
Medical Frontliners Get First Dibs on McDonald's BTS Meal Ahead of Its Launch
Is There a Proper Amount to Tip Your Food Delivery Rider?

Why are some ARMY members calling for folks not to order the BTS McDonald's Meal through Grab?

The BTS McDonald's meal has been making waves everywhere the special combo has been released so far. The meal is inspired by popular recipes from the chain's South Korean stores.  Folks in the Philippines have been abuzz since the release was announed in April, but as early as the start of Pride Month in June, several controversial screenshots surfaced online.

Screenshots showed a particular post in a group for delivery riders with an ad for the BTS McDonald's meal, with a caption joking about taking a day off on opening day. The post added a "BIOT," which may come from the slang term "bayot" meaning gay.

Many in the comments followed suit, with a lot more unneccessary puns. This led to several people on Twitter pushing for folks not to order through Grab.

Adventurer Savvy Seasoned Grab Philippines Grab Bts Mcdonalds Hard News Staying In
Your Guide to Thriving in This Strange New World
Staying
In? What to watch, what to eat, and where to shop from home
OR
Heading
Out? What you need to know to stay safe when heading out