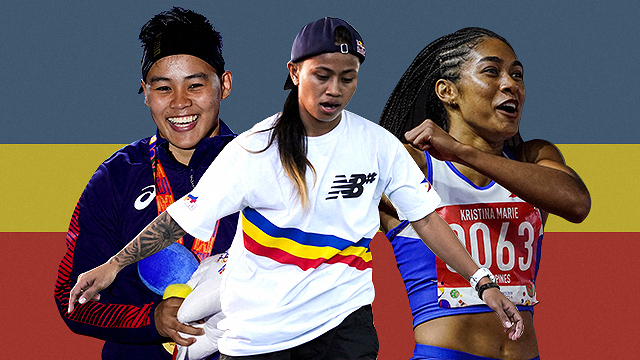 Get Ready, Paris 2024: Our Filipino Olympians Are Coming

(SPOT.ph) The 2020 Summer Olympics in Japan may not be over yet, but our athletes are already setting their sights in the next Olympics happening in Paris in 2024. The record-breaking multi-medal win in Tokyo proves that Filipinos are more than capable to compete and win in the international sporting event. (And hopefully, enough reason to give them the funding and support they need.)

Here's what the Filipino athletes have said so far about their bid for Paris 2024 Olympics:

"We're going to do it all over again." —Daniel Bautista, coach of Margielyn Didal, street skateboarding

It's the first time that skateboarding became part of the Summer Olympics, and Cebuana athlete Margielyn Didal was our representative for the inaugural games. She advanced to the finals of the women's street event and finished at seventh place.

According to Didal's coach, Daniel Bautista, during a press conference on August 4, the skateboarder is still recuperating from minor injuries sustained during training even before the Tokyo Games. But after some physical therapy, the athlete is set to participate at the Street League Skateboarding Championship Tour on August 27 in Salt Lake City, Utah; then, another international competition in the world's skateboarding capital, Barcelona; and the 2022 Asian Games in March next year. All these are in preparation for the Paris Games. "That's the plan. We're going to do it all over again. The qualifiers start next year," Bautista explained.

"My motivation is to go to Paris" —Kristina Knott, track and field

The women's 200-meter track-and-field event at Tokyo 2020 is Kristina Knott's first Olympic appearance. During her heat, she clocked 23.80 seconds—a far cry from her national record of 23.01 seconds—and didn't advance in the competition. But Knott is looking at her experience as a "glass half-full instead of half-empty." The double gold and double silver medalist at the 2019 Southeast Asian Games hopes to get another shot at the Olympics. "My motivation is to go to Paris. That’s gonna be the forefront of my motivation," she said in an interview with Manila reporters on August 4.

Gymnast Carlos Yulo made his Gymnastics World Cup debut in 2018 and has since been regularly clinching a podium finish, including a gold medal—a first for Philippine gymnastics—at the 2019 World Artistic Gymnastics Championships. For Tokyo 2020, he advanced to the final round of the vault event and finished fourth—only a few points away from the bronze.

Tokyo 2020 is an event of many firsts for silver medalist Nesthy Petecio. Not only is it her first Olympic appearance, but it's also the first time that a Filipina won an Olympic medal in boxing. And she's more than ready to take home the gold next time.

"My Olympic journey will continue,” Petecio said in a press conference on August 3. "Look at champ Haidee, she won a silver in Rio and then here, she won a gold. Who knows, maybe in Paris, right? I’ll continue the fight."

Olympic first-timer Elreen Ando participated in the 64-kg women's weightlifting event and finished seventh. She may not be able to reach the podium, but she set a new Philippine national record for her weight division. Originally, Ando was being groomed for Paris 2024, and her qualifications to the Tokyo Olympics was a sweet surprise for her team.

"Elreen is ripe for [the] 2024 Paris Olympics. She is our project for 2024, together with Vanessa Sarno. She’s just really that good that’s why she’s able to make it to Tokyo right away," weightlifting chief Monico Puentevella said on July 28.

"Hopefully, I can come back and compete in the next Olympics." —Cris Nievarez, rowing

Cris Nievarez's performance during his heat on the first day of the 2020 Summer Olympics was a great opening salvo for the Philippine team. He qualified for the quarterfinals in the men's single sculls event, but ended his bid for a medal after placing fifth during his round. He finished 23rd overall out of 32 rowers.

But it's only the beginning for the first-time Olympian. "This is big for my experience. And I’m thankful for the chance I got here in the Tokyo Olympics. It will go a long way in helping to prepare me and be ready for future competitions. Hopefully, I can come back and compete in the next Olympics," Nievarez told Japanese media on July 26.

Reports on August 4 said that pole vaulter EJ Obiena is "unsure" or "not keen" in competing at the 2024 Paris Olympics. But the young athlete clarified this in an Instagram post. "My comments were taken out of context and have created an uncertainty and distraction to our country’s amazing Olympic performance," he said. Obiena explained that it hadn't been 24 hours since his Olympic run, and he just wanted "some time to digest the events of the past week."

Obiena cleared two heights during the finals round of the pole vault event on August 3, but officially ended his bid for a podium finish after bowing out during the 5.80-meter round. "The facts of the matter are simple: I still love the sport of pole vaulting. I still love representing my great country. I still love competing. I still know I can win," he said in a post.

Tokyo 2020 Paris 2024 News Hard News Adventurer Savvy Seasoned Olympics Athlete
Your Guide to Thriving in This Strange New World
Staying
In? What to watch, what to eat, and where to shop from home
OR
Heading
Out? What you need to know to stay safe when heading out