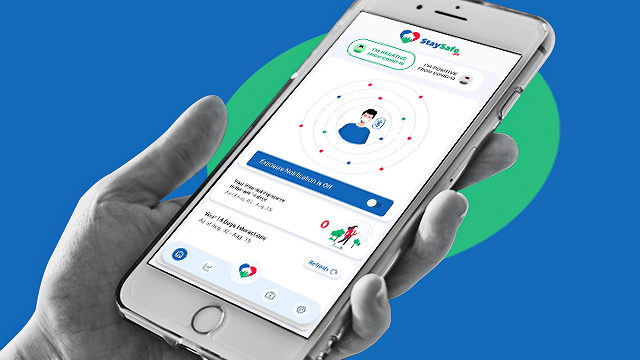 DOH Admits That the StaySafe App Has "Almost No Impact"

It's the country's official contract-tracing system.

(SPOT.ph) Aside from plastic barriers and wearable air purifiers, it seems there's another tool that isn't contributing much to the Philippines' bid to manage the pandemic: the app described by the Inter-Agency Task Force Resolution No. 27 as the country's "official social-distancing, health-condition reporting, and contract-tracing system that will assist in the government’s response to COVID-19," or StaySafe, first rolled out on April 22, 2020. But on Wednesday, August 25, Department of Health Secretary Francisco Duque III admitted that it has had "almost no impact" in the Philippines' contact-tracing efforts.

Also read: Everything You Need to Know About the StaySafe App

"I think it’s very limited, almost no impact," he said when asked by Senator Pia Cayetano about the limitations of the mobile application. The Senate Blue Ribbon Committee is currently investigating issues on the fund utilization of the Department of Health (DOH), which includes effective contact tracing.

The StaySafe app was developed by Multisys Technologies Corporation together with the Department of Information and Communications Technology. It was turned over to the Department of the Interior and Local Government on March 29 in an effort to boost the country's contact-tracing program. Since then, the national government has pushed for a unified use of the system, but local government units still prefer to use their own apps for ease of contact tracing.

"In truth and in fact, the StaySafe app is merely a digital log of 'yung nakasulat sa parang logbook na papel. That’s all it does. It’s in our imagination that it is interconnected with the national government’s tracking system or the local government’s tracking system because it is not. So all it is, is a log of who went in and out," Cayetano said during the hearing.

The senator also asked about who is tracking these logs or alerting the establishments when somebody tests positive. "There is really no system that is doing that," she added.

He added that the DOH will echo these concerns to the Department of Information and Communications Technology, headed by Secretary Gregorio B. Honasan II, in the next Inter-Agency Task Force meeting.

Baguio City Mayor and contact tracing czar Benjamin Magalong admitted on May 5 that contact tracing remains the "weakest link" in the government's response against COVID-19.

“We are relying on LGUs as it is their sole responsibility to do it. We are urging them to use the analytical tools given to them,“ he said.

News Hard News Adventurer Savvy Seasoned Covid-19 News Department Of Health Heading Out
Your Guide to Thriving in This Strange New World
Staying
In? What to watch, what to eat, and where to shop from home
OR
Heading
Out? What you need to know to stay safe when heading out