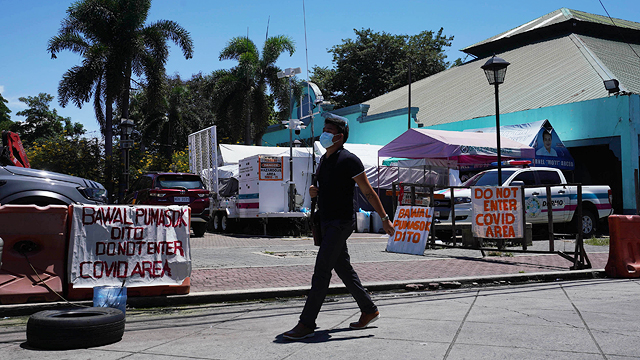 (SPOT.ph) Malacañang announced on Monday morning, September 6, that the National Capital Region is shifting to general community quarantine from September 8 to 30. Later in the day, the Department of Health released the latest daily tally of COVID-19 cases in the country: 22,415, a new all-time high since a series of lockdowns started in March 2020. And to both these facts for the day, people on the Internet expressed their disbelief: "Tapos GCQ," which started trending on Monday evening. It's a pretty specific phrase which you don't usually see on Twitter; but given the situation, it's totally understandable.

Are you ready for another season of Survivor?

Health Undersecretary Maria Rosario Vergeire also said today, September 6, that the entire National Capital Region, except for Manila City, is classified as Alert Level 4. This means that more than 70% of hospital bed capacity is occupied and the area is under moderate to critical risk for COVID-19. The health official added that the regional health systems capacity is at high-risk with ICU utilization at 74%. Manila City, which is on Alert Level 3, has a bed utilization rate of 65.47%. Vergeire reported that the Beta, Alpha, and Delta variants are some of the most common pathogen lineages detected among COVID-19 patients in the country.

GCQ is a notch lower than the previous modified enhanced community quarantine, which was in effect in Metro Manila from August 21 to September 7. This was after the third cycle of enhanced community quarantine, which was implemented in the capital from August 6 to 20 after another surge in COVID-19 cases. The Palace has yet to release specific guidelines about this edition of GCQ , which supposedly includes "granular lockdowns" in specific areas in Metro Manila.

According to herdimmunity.ph, the Philippines has fully vaccinated at least 12,182,006 Filipinos, which makes up 11.05% of the population. The country is looking to fully vaccinate 70 million Filipinos to achieve herd immunity, which—given the daily rate—will take seven months.

News Adventurer Savvy Seasoned Covid-19 News Trending Heading Out Twitter
Your Guide to Thriving in This Strange New World
Staying
In? What to watch, what to eat, and where to shop from home
OR
Heading
Out? What you need to know to stay safe when heading out