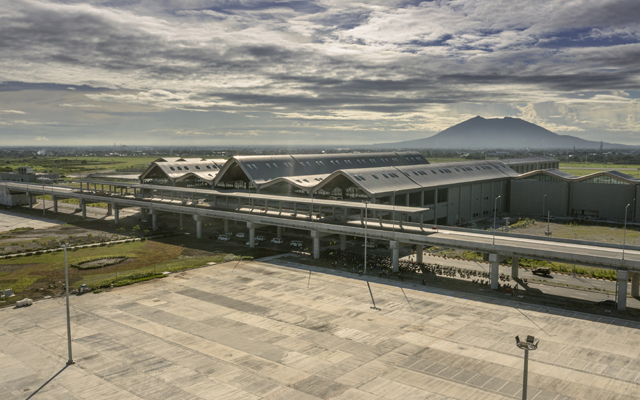 The Clark International Airport Will Have Its Own Underground Train Station

Located in front of the new terminal!

(SPOT.ph) Getting to the airport when you're traveling from Metro Manila can sometimes take longer than the flight you're about to take. The unofficial reason Pinoy families leave so many hours before their flight is traffic—something we may not have to worry about as much with the Clark International Airport. This northern gateway will have an underground train station as part of the North-South Commuter Railway! Yup, that means you can hop on a train straight to the airport.

Also read:
This Lounge at Clark International Airport Is Exclusively for OFWs
A Look at The New Train Lines in the Works for Metro Manila

What we know so far about the Clark International Airport's underground railway station:

The underground train station will be located in front of the Clark International Airport in Mabalacat, Pampanga, said Department of Transportation chief Art Tugade. This station is part of the North-South Commuter Railway's (NSCR) PNR Clark Phase 2, dubbed by Tugade as "the country’s first-ever airport railway express service."

PNR Clark Phase 1 will in turn connect Malolos, Bulacan to Tutuban, Manila. The Department of Transportation (DOTr) recorded a 48% progress rate for this one in July.

A third phase of the NSCR railway will connect Tutuban to Calamba, Laguna. Overall, the NSCR project will give us almost 150 kilometers worth of track from Calamba all the way to Clark, using both old stations of the Philippine National Railway, and new ones—like the underground one for CRK!

The Clark International Airport was first opened in 1996. A new terminal was completed in October 2020. The expansion aims to bring up the airport's annual passenger volume from 4.2 million to 12.2 million. And with a train station coming along, too, it looks like this new gateway is shaping up to be very accessible!

Adventurer Savvy Seasoned Clark International Airport Clark Department Of Transportation Dotr Art Tugade Train Hard News
Your Guide to Thriving in This Strange New World
Staying
In? What to watch, what to eat, and where to shop from home
OR
Heading
Out? What you need to know to stay safe when heading out