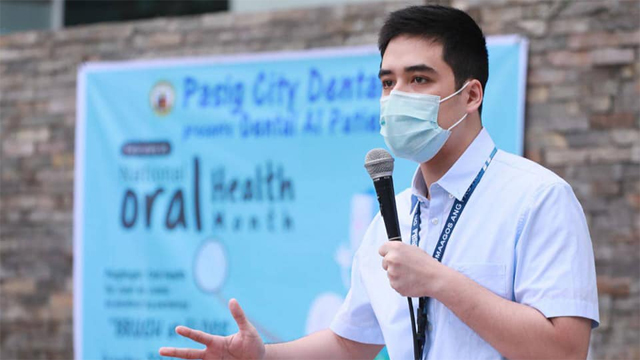 Vico Sotto to Seek Reelection as Mayor of Pasig

He is running with Dodot Jaworski as his vice mayor.

(SPOT.ph) After ending the 27-year dynasty of the Eusebios in Pasig City in 2019, Mayor Vico Sotto is seeking reelection in the upcoming Philippine general elections on May 9, 2022. He is running with former Pasig Representative Robert "Dodot" Jaworski Jr. as his vice mayor, reported ABS-CBN News on Thursday morning, September 23.

Sotto first entered politics as a member of Pasig's City Council in 2016. As a councilor, he pushed for the Pasig Transparency Mechanism Ordinance, the first-ever local version of the freedom of information law in Metro Manila. Previously an independent, he joined the Aksyon Demokratiko party when he ran for mayor in 2019.

The 32-year-old mayor graduated from the Ateneo de Manila University in 2011 with a Bachelor of Arts degree in Political Science. He later completed Master of Arts in Public Management at the Ateneo School of Government in 2018.

Sotto has previously said that he draws comparisons between himself and his great-grandfather, Senator Vicente Sotto, and not his uncle, the current Senate President Vicente "Tito" Sotto III. The late senator is credited with being an advocate of the press, having authored Republic Act No. 53, or the Press Freedom Law, which protected journalists from having to name their sources. "I never met him, but if you read the history books, he was a principled man who was really brave," Sotto told the Inquirer. "He stood up for what he believed in," he added.

Jaworski, a former pro basketball player under PBA team Ginebra San Miguel, first served as councilor in San Juan in 1995, then later as congressman in Pasig in 2004. He ran for mayor in 2007, but lost to Bobby Eusebio.

Vico Sotto Pasig Metro Manila Elections Adventurer Savvy Seasoned National Elections
Your Guide to Thriving in This Strange New World
Staying
In? What to watch, what to eat, and where to shop from home
OR
Heading
Out? What you need to know to stay safe when heading out