Isko Moreno, Vico Sotto, and Francis Zamora: Will These Mayors Bring Change?
Loading
Already a member? Log in
No account yet? Create Account
Spot.ph is your one-stop urban lifestyle guide to the best of Manila. 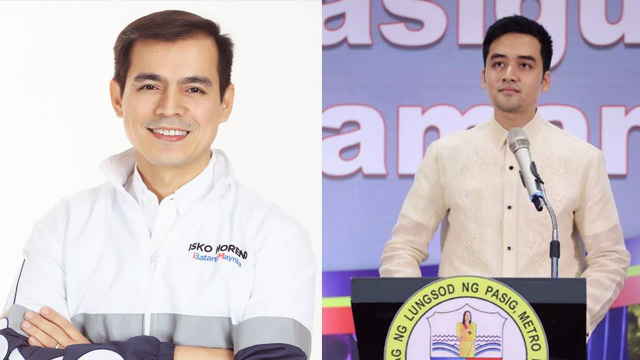 The Dynasty Enders Have Been Sworn Into Office: What Can We Expect Now?

Here are three Metro Manila mayors and their promises.

(SPOT.ph) Three names shook real ground during the last midterm elections on May 13. Isko Moreno, Francis Zamora, and Vico Sotto ended the Estradas' hold on Manila and San Juan, and the Eusebios' rule over Pasig, respectively—giving people hope that dynasties are a fading norm of our political system, and naturally, expecting real changes. June 30 marked a historical turn when these politicians officially took their oaths as mayors.

Now that they have officially been sworn in, we take a look at their promises:

Now in charge of leading the nation's capital, Moreno has pretty big plans. "If Manila, like Rome, was not built in one day, fixing it will require more than one term," he said during his oath-taking speech, according to a report by Manila Bulletin. On reinstating Manila as the cultural seat it is, he will make 2021 the "Visit Manila Year," with plans to reinvigorate museums, parks, and other sites to promote interest in our own heritage.

Speaking of parks, he also wants to give people places to hang out that aren't malls. He aims to rebuild all 47 of Manila's parks and playgrounds—so here's hoping our last few green pockets survive another term. Moreno will also be attempting to "manage traffic systematically," with plans to put up a Manila-Wide MonoRail System or a Manila Sky Shuttle in the condensed city. All this while pushing Manila Bay reclamation to the bottom of his priority list.

For the people, Moreno has also promised a Manila-led Pride March, separate from the annual Metro Manila one usually held in Marikina. He will also be pushing to include more LGBTQ+ members in policy and decision making for the city.

Zamora officially ended a 50-year Estrada reign when he was sworn in on June 30, in the presence of his father Ronaldo Zamora—also the newly sworn-in congressman of San Juan. "Malaking bagay na magkakampi ang mayor at ang congressman," said Zamora in his speech. “Hindi lamang magkakampi, mag-ama pa,” he said.

The father-and-son tandem are looking towards a smooth-sailing administration, with the son vowing in his speech that corruption will not be allowed. Part of his priorities at the start of his term will be a review and potential redo of the 2019 budget in accordance with his projects. During his campaigning, he had promised to find a way for the city to pay off its debts—P1.2 billion worth, to be exact. According to him, these were incurred during the administration of then-Mayor Guia Gomez.

From his budget, Zamora will be pouring in money to rehabilitate the San Juan Medical Center: He has his eyes on improving services and bringing in more modern equipment. He will also be upgrading social services and making it more accessible to everyone through the expansion of his "Zamora ID" project, which he says currently has around 30,000 members.

Accompanied by his parents, Vic Sotto and Coney Reyes, Vico Sotto took his oath as Pasig City Mayor on June 30, ending the 27-year Eusebio rule. He has five main agendas for his mayoralty: health, education, housing and urban development, participatory governance, and anti-corruption projects, according to a report by ABS-CBN News.

His campaign centered on government transparency and accountability—so we hope he holds up to it. As of writing, Sotto has already signed his first Executive Order as Pasig City Mayor, officially suspending the odd-even scheme. This policy—which he called "disjointed and unjust"—prohibited cars with license plates ending in even numbers from being used on Mondays, Wednesdays, and Fridays, while cars with odd-ending license plates could not be used on Tuesdays, Thursdays, and Saturdays.He has given the Traffic Management Task Force 45 days to "review and propose new solutions for the current mobility and traffic situation" in Pasig.

Sotto has previously said that he draws comparisons between himself and his great-grandfather, strongman Sen. Vicente Sotto, and not his uncle, the current Senate President Vicente "Tito" Sotto III. The late senator is credited with being an advocate of the press, having authored Republic Act No. 53, or the Press Freedom Law, which protected journalists from having to name their sources. "I never met him, but if you read the history books, he was a principled man who was really brave,” Sotto told the Inquirer. "He stood up for what he believed in," he added.