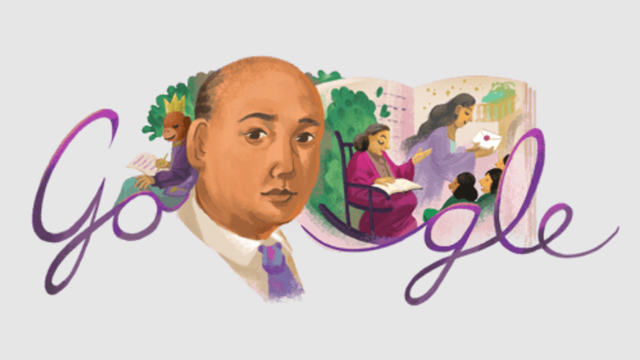 (SPOT.ph) If you grew up in the Philippines (especially in the Tagalog-languge regions), you may have heard in one way or another the tales of Lola Basyang. Mga Kuwento ni Lola Basyang is an anthology of short stories written by, well, Lola Basyang—the pen name of Severino Reyes. Who can forget that image of a familiar lola in her tumba-tumba, telling you fantastic stories of sultans, dwarfs, and magical violins? And today on Friday, February 11, Google Doodle is celebrating this Filipino author and playwright's 161st birthday.

Who was Severino Reyes?

Reyes was born on February 11, 1861 in Sta. Cruz, Manila. He obtained his Bachelor of Arts at the Escuela de Segunda Enseñanza of Colegio de San Juan de Letran, then later studied Philosophy at the University of Santo Tomas. He was well versed in Tagalog and Spanish, and had enough knowledge in Latin, Greek, Hebrew, and several local languages.

Regarded as the "Father of Filipino Drama," he was known for putting the Tagalog sarsuwela at the forefront of Philippine literature. Zarzuela, a Spanish form of play with music, was introduced in our country in the 19th century by our colonizers. The Tagalogs, through the efforts of Reyes and Hermogenes Ilagan, adapted this in the vernacular and made it our very own sarsuwela. In 1902, Reyes founded and directed the Gran Compania de Zarzuela Tagala.

Initially, the sarsuwelas featured romantic narratives, but eventually imbibed social themes. Reyes' Walang Sugat (1902), for example, described the Filipinos' struggles under 333 years of Spanish occupation. It also tackled the bravery of the Katipuneros and their victory in toppling colonial rule. His R.I.P, which was also staged in 1902, was a commentary on another theater style called komedya. Reyes wrote more than 50 sarswelas. Around this time, the sarswela was also known as the "School of the People" because of its capacity to reach Filipinos all throughout the country, not only physically as a traveling theater but also through its relatable insights. Governor William Howard Taft also featured some of the sarswelas abroad through the controversial St. Louis Word Exposition and the Panama Pacific International Exposition.

In 1922, Reyes co-founded Liwayway, a Tagalog-language magazine that featured serialized novels, short stories, poetry, serialized comics, essays, and other features. It carried his series Ang mga Kuwento ni Lola Basyang in 1925, which has since been adapted into komiks in 1949; blockbuster movies in the '50s (through Sampaguita Pictures) and '80s (through Regal Films); and illustrated children's books in 1997 by Tahanan Books and in 2006 by Anvil Publishing. In 2007, GMA Network produced a TV series based on Reyes' stories that aired every Sunday night.

Reyes died on September 15, 1942 after suffering from a heart disease.