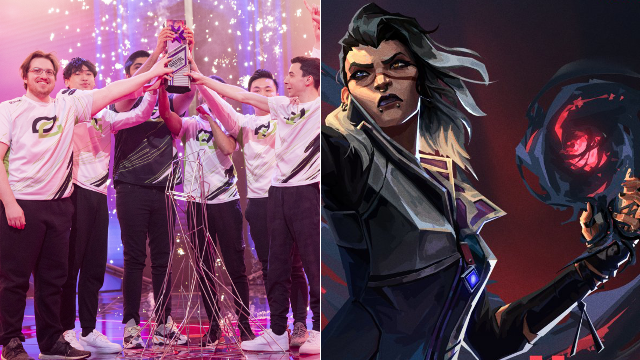 Esports 101: Here's What Went Down at the Global VALORANT Masters Run

VALORANT shows why you should be paying attention to esports.

(SPOT.ph) Don’t let your enemies smell your fear, folks. The VALORANT Masters Reykjavík tournament came to an end on April 25th in Iceland, with North American team Optic Gaming beating out Brazilian team LOUD in a 3-0 outcome Grand Finals. Their prizes? U.S. $200,000 for the grand champions while the second comes in still hot with U.S. $120,000, apart from 750 and 500 VCT Circuit points respectively; that last bit is needed to qualify for the VALORANT champonships. Just in case you needed to prove a point the next time someone questions all the time you spend gaming.

Part of the VALORANT Champions Tour 2022, the Masters Reykjavík tournament pits 12 teams against each other for an early-stages tournament that shows how the different competitive regions stack up against each other and sets the stage for the rest of the circuit. Already there have been a couple surprises, with unexpected regions such as Brazil and Japan making it to top three placement in the tournament.

And if you're a little lost on the impact here, allow us to lay it down. VALORANT is a multiplayer first-person shooter game developed by Riot Games. It has sky-rocketed in popularity since its debut in 2020, becoming the highest-viewed FPS game on the streaming platform Twitch in 2021. We're sure you've heard about it in one way or another and this tournament proves just how big it is (and why you should give it some attention, if you aren't already).

Also read: This 23-Year-Old Filipina Is the Voice Behind VALORANT's Newest Character

Optic Gaming and LOUD previously went against each other in the upper bracket, with LOUD winning 2-1. Due to winning the upper bracket, LOUD starts off the finals with a crucial pick of first map, as well as two bans, which allow them to remove two maps (out of VALORANT’s seven maps) from being selected during the finals. LOUD chooses to remove Split and Fracture in order to prevent Optic from running their infamous Neon-Skye push, which thrives on those maps.

The finals begin with LOUD’s choice Ascent, the most basic map in terms of structure. LOUD seemingly has the advantage going into the game, but Optic quickly proves that they’ve learned from their previous loss against them. Reading LOUD’s plays almost perfectly, Optic successfully holds most of their attacks and closes out the first half 10-2.

However, LOUD bounces back on the defense in the second half and proves Optic has difficulty on the attacking side. After successfully denying them crucial economy rounds, LOUD is able to close the gap to 11-9, but Optic quickly seals their victory by winning the next two rounds.

The second game takes place on Optic’s pick Bind, a close-quarters arena with a couple teleports laying around. Both teams run two agents who can smoke areas of the map in order to assert control. The most claustrophobic map also proves to be the closest game of the tournament at halftime with Optic leading 8-4.

Optic’s, again, poor attacking display in the second half causes the second game to head into overtime, but Victor—who’s running explosive agent Raze for Optic—manages to clutch a couple of games and the 5-kill Ace to earn them a second and big win.

Looking to secure a win to lay some of the pressure off, LOUD selects Breeze as the third map. Optic enters Breeze at a disadvantage, as they previously lost 13-2 on the map, so they decide to switch-up their line-up by having Marved run Chamber, another sniper (Operator) specialist in addition to yay’s Jett.

In a shocking display, Optic manages to score a good 8-4 lead on the attacking side of Breeze. LOUD’s top player Aspas is notably trying his best, securing the most kills of the game from any individual player. However, Optic’s members are performing consistently well, with Marved as Chamber, yay as Jett, FNS as Viper, and Crashies as Sova.

Just as things seem over and people already calling it at 11-7, LOUD pulls a huge comeback and even taking the lead from Optic at 12-11. The third game heads into an overtime, with LOUD trying their best to keep their claim at the championship title. The game heads into 4 rounds of overtime, with LOUD’s pANcada and Optic’s in-game leader FNS pulling out impressive clutches. However, Optic closes it out at 15-13 and becomes the 2022 Masters Reykjavík Champions.

After the show and the post-game interviews, developers at Riot Games debuted new gameplay footage of VALORANT's upcoming Turkish Initiator agent, Fade. The new footage highlights the frightening agent’s ability to reveal enemy trails for 12 seconds. Tracking enemy movements will no doubt be a crucial and exciting new ability in the upcoming landscape of VALORANT.

Her signature ability is like a mix of Reyna’s eye and Sova’s dart, in that it’s an orb you throw into the air to reveal an enemy’s position and trail. With her other abilities, Fade is also able to tether an enemy to the ground and decay their health, as well as send out a creature based off Turkish cats.

Fade is expected to be available in-game when Episode 4 – Act 3 begins on April 27th. The next VALORANT Masters tournament will take place sometime in July. For more information, check out Valorant’s official Facebook page.