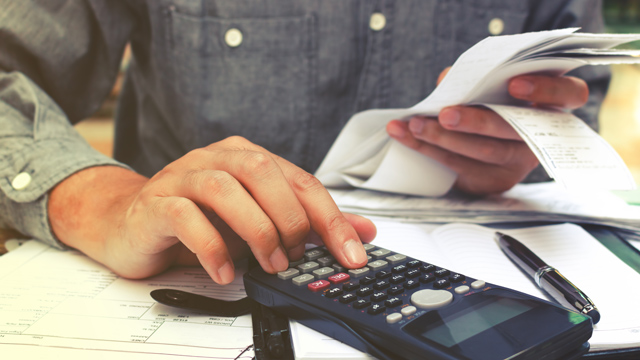 (SPOT.ph) Just a few months before the change of administration, the Philippine national government's outstanding debt clocked at an all-time high of P12.68 trillion in March, according to the latest data released by the Bureau of the Treasury on May 5. Before outgoing President Rodrigo Duterte took office in 2016, the national debt was at P5.9 trillion—showing a significant increase from late 2016 to early 2022. The debt-to-GDP ratio of the Philippines has only risen to 63.5%, which is higher than the recommended ceiling of 60%, according to the Department of Finance. So, who pays for this? Filipino taxpayers, of course.

The Department of Finance (DOF) on May 25 announced that they're looking to raise new taxes, defer personal income tax reductions, expand Value-Added Tax coverage, and remove other exemptions to add to the government's tax collection amid the country's rising debt. Their Fiscal Consolidation and Resource Mobilization Program is a three-part proposal running from 2023 to 2025. The DOF said that these measures are estimated to yield an average of roughly P284 billion every year for the national government.

"Pursuing the fiscal consolidation and resource mobilization program as proposed will help us continue to spend on socioeconomic programs, maintain our credit ratings, and grow out of our debt," said outgoing Finance Secretary Carlos G. Dominguez III in a statement. He added that these measures are "imperative," or else the next administration may be forced to decrease the budget on socioeconomic programs or borrow more to finance debts (and incur more debt in the process). Budget Secretary Tina Canda previously said that the incoming president may have to deal with a budget of around P5.268 trillion in 2023.

Here are some of the products, services, and others that may soon be taxed (or may have a tax increase):

Back in September 2021, Congress approved on its third and final reading House Bill 7425, which imposes a value-added tax on digital transactions in the Philippines. It poses that "any person who sells, barters, exchanges, leases goods or properties, including those digital or electronic in nature, renders services, including those rendered electronically, and any person who imports goods shall be subject to the value-added tax (VAT)." This indirect tax is equivalent to 12% of gross receipts derived from the sale or exchange of services.

DOF, in their proposal for 2023, said that the imposition of 12% VAT on "online advertisement services, digital services, and supply of other electronic and online services" will generate an average of P13.2 billion per year.

In May 2021, Netflix increased its monthly rates in Kenya after the country enforced VAT through Digital Service Tax. Indonesia also imposed a 10% VAT on sales by tech firms like Amazon, Netflix, Spotify, and Google starting in July 2020.

DOF wants a reform on the Motor Vehicle Users' Charge, where they propose to a single and unitary rate based on the gross vehicle weight of all motor vehicles. They also propose to impose an excise tax on pickups and motorcycles.

In their proposal for 2024, the DOF said that the incoming agencies should "clarify the tax treatment of cryptocurrency transactions."

Back in August 2021 DOF Undersecretary Antonette Tionko said that even blockchain games like Axie Infinity should be taxable since users earn money. "Whoever earns currency from it, it’s income you should report it," she told reporters. But the DOF, along with the Securities and Exchange Commission, Bangko Sentral ng Pilipinas, and Bureau of Internal Revenue, has yet to finalize the mechanisms, especially since Axie Infinity is a non-resident foreign corporation not registered in the Philippines.

The DOF proposes to impose P20 excise tax per kilogram of single-use plastic bag, according to Package 1 of their Fiscal Consolidation and Resource Mobilization Program.

DOF's proposal for 2023 is to have "intensified implementation and clear monitoring guidelines of tax collections."

Here's the detailed proposal for new Philippine taxes, according to the DOF: