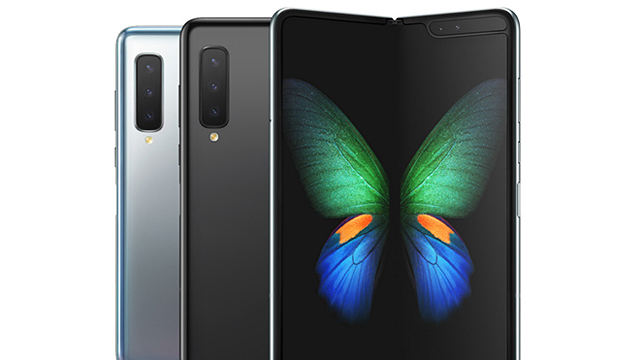 You Can Now Get Your Hands on Samsung's First Foldable Phone

Here's how much it'll cost you.

(SPOT.ph) We let you in on the news that Samsung's new "foldable phone" would be coming to Manila in October of 2019. The brand's latest offering combines the functions of both a smartphone and a tablet in one handy device and tech junkies everywhere have been eyeing it since the brand first announced its release. Well, we're here to tell you that the wait is finally over: the Samsung Galaxy Fold is now available in Manila!

Upon first glance, the Samsung Galaxy Fold may look like any regular smartphone, but as its name suggests, the device can be unfolded into a mini tablet with a seamless, bezel-free design (a.k.a. an interface that's all-screen). When unfolded, it opens up to a 7.3-inch display.

The idea of a smartphone that can unfold may seem unimaginable as it's something many of us have never seen before, but trust us—you need to see it (and hold it) to believe it. In case you're worried about the durability of a device that needs to constantly be flipped shut, the model has been tested to last about 200,000 folds.

Plus, it's built with a feature called App Continuity, which means whatever apps you have open on the smaller screen can instantly be launched and expanded when you unfold the phone and transfer to the bigger screen. That way, you can easily go from smartphone mode to tablet mode in a flash depending on what your current device activity calls for. So whether you're watching a video or taking down notes, you can make the screen bigger (a.k.a. more similar to a small tablet) or smaller (more like a handheld smartphone) in a snap.

Here are some other key features to take note of: the Galaxy Fold comes with 12 GB RAM (for fast, lag-free use) and 512 GB internal storage (for endless photos, videos, and apps). It's built with two sim card slots (one for an eSim and one for a nano sim) and is installed with Android 9 Pie. It also comes with 5G capability for ultra-fast Internet browsing.

Weighing in at 276 grams, it's lighter than your average tablet and heavier than your average smartphone, but it packs the features of both. Those who rely on both a phone and a tablet on a daily basis may want to look into investing in the Fold for the convenience of having to only carry one device for a multitude of your needs.

Ready to know how much to shell out for this innovative, two-in-one device? The Samsung Galaxy Fold is now available at selected Samsung stores nationwide for P109,900. Better start saving!