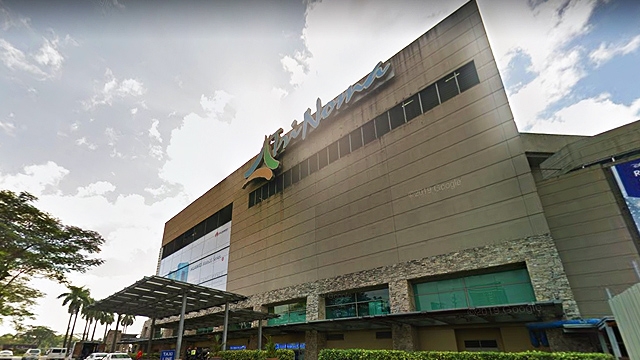 More Malls in Metro Manila to Close Due to Community Quarantine

(SPOT.ph) There’s been some confusion regarding the resolution urging a Metro-wide curfew first announced by the MMDA yesterday, March 14. The MMDA's original statement was followed by a clarification from the DILG stating that the curfew was not a Metro-wide decree, but a recommendation that local government units or LGUs in Metro Manila are urged to implement. Local governments such as Las Pinas and Muntinlupa have since announced the implementation of curfews in their respective cities.

Here’s what we're able to confirm so far: a recommendation for all LGUs in Metro Manila is in place to impose an 8 p.m. to 5 a.m curfew and each LGU is encouraged to uphold the directive. In compliance, several cities and mall groups around the Metro have announced that they will be temporarily closing commercial establishments.

Here are all the malls in Metro Manila that will be closed temporarily in line with the community quarantine and recommended curfew:

SM announced that starting March 16, all their malls in Metro Manila will be closed until further notice. Supermarkets, banks, pharmacies, hardware stores, and selected restaurants with takeout and delivery services remain open from 11 a.m. to 7 p.m.

"In compliance with government directives on General Community Quarantine and in the interest of health and safety, all Ayala Malls in Metro Manila will be temporarily closed for operations effective March 16 until further notice," the statement reads. Take note that supermarkets, drugstores, convenience stores, and banks will remain open.

All Megaworld Lifestyle Malls in Metro Manila will be closed starting March 16. Megaworld noted that "supermarkets, banks, pharmacies and medical services, convenience stores, select restaurants with take-out and delivery services, and other essentials will remain open to cater to the needs of our residents, office workers, and employees."

Malls in Araneta Center will be closed beginning March 16 until further notice, according to a statement posted on Araneta City's Facebook page. Gateway Mall, Ali Mall, and Farmers Plaza will stop its operations to support the government's efforts to prevent the spread of COVID-19. Only supermarkets, convenience stores, pharmacies, medical and dental clinics, restaurants with take-out and/or delivery services, banks, and other financial institutions will be operational. Take note that Farmers Market will also remain open during the community quarantine.

Taguig City announced at 7:45 p.m. on March 15 that "all malls in the city are closed to limit movement and minimize congregation." They noted in their statement, however, that establishments that provide essentials goods and services like supermarkets, drugstores, banks, and restaurants with takeout or delivery services should remain open.

Central Square Mall in BGC announced closure starting March 16 in compliance with Taguig City's official proclamation. Note that the mall's grocery, The Marketplace, will remain open from 9 a.m. to 7 p.m. (in accordance with the recommended curfew) while restaurants Shake Shack, Salad Stop, and Fireside will also be open, but only for takeout and delivery orders.

SM Megamall has announced that they will be halting mall operation starting Monday, March 16. " In support of the government’s efforts to fight against the spread of COVID-19, SM Megamall will be temporarily closed starting March 16, 2020 until further notice," their Facebook post reads. "However, establishments offering basic necessities and select restaurants will remain open."

The Podium will also be closed until further notice starting Monday, March 16. However, their statement reads, "those establishments offering basic necessities such as supermark, bank, pharmacy, courier services, and select restaurants that offer home deliveries will remain open from 11 a.m. to 7 p.m., Monday to Sunday."

Shangri-La Plaza announced that they will "temporarily cease operations on March 16, 2020 until further notice." According to their statement, they will be limiting operations to supermarkets, drugstores, convenience stores, banks, and other essentials.

On March 14, Mayor Francis Zamora announced that all malls in San Juan City will be temporarily closed starting today, March 15 in compliance with the administration’s recommendation. These include Greenhills Shopping Center, Promenade Mall, Theater Mall, and Santolan Town Plaza. Zamora stated that mayors of all 17 LGUs in Metro Manila "agreed to close the malls in their respective cities and set a curfew for their constituents" with the exception of supermarkets, pharmacies, and banks.

Makati City on Monday will impose a curfew from 8 p.m. to 5 a.m. to further restrict movement of its residents following Metro Manila's month-long community quarantine, Mayor Abigail Binay said Sunday on My Makati's Facebook page, announcing that she has signed Executive Order 10.

Malls will also be prohibited from operating until the quarantine ends on April 14 or "until further notice depending on the situation," Binay said.

Keep refreshing because we will update this story once more malls and cities announce temporary closure. Stay safe, Spotters!

Shopping Ayala Malls Tpc-000001 Mall Closure Mall Schedule Savvy Adventurer Seasoned Makati City San Juan City Con-00023 Con-00291
Your Guide to Thriving in This Strange New World
Staying
In? What to watch, what to eat, and where to shop from home
OR
Heading
Out? What you need to know to stay safe when heading out