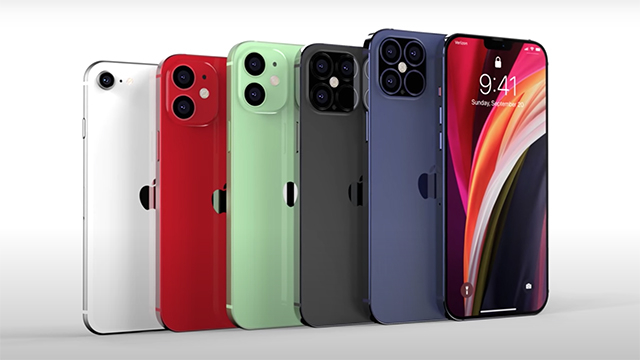 The iPhone 12 Could Possibly Be Cheaper Than the iPhone 11

We list down the predicted price of every model along with peso conversion!

(SPOT.ph) Apple's most recent flagship phone, the iPhone 11, was released in September 2019 and this past April they just unveiled the iPhone SE 2020, a more affordable model with considerably high specs in a compact size. Now, less than a year after the iPhone 11's release, rumors have been circulating about what to expect from the iPhone 12. We recently ran through some of its possible new features like the cool colors, larger screen, and advanced camera system.

If you've been keeping track of all the iPhone 12 leaks and saving up your money in anticipation of the new model, here's something you may want to keep in mind: possible prices of the iPhone 12 have been circulating online amidst the ongoing speculations about Apple's latest flagship smartphone. Tech sites like AppleInsider.com as well as popular leakers like Jon Prosser and EverythingApplePro have revealed the cost of each model based on their sources–and it looks like they'll be cheaper than the iPhone 11 series!

Early leaks from Apple insiders predict that the iPhone 12 will be released in four models: the iPhone 12, iPhone 12 Max, iPhone 12 Pro, and iPhone 12 Max Pro—each with varying features and specs and available with different memory capabilities. Just a refresher, the iPhone 11 (64 GB) was priced at U.S. $699 (roughly P35,150) when it first came out, but according to the leaks, the iPhone 12 (64 GB) will be priced slightly cheaper. Below, we round up how much each one is speculated to cost.

Here's how much the iPhone 12 series may possibly cost when it gets released:

No official word from Apple just yet about the iPhone 12's design, specs, features, or pricing, but judging by these leaks, we say it's probably best to just keep saving up. In the meantime, we'll keep you posted!

Apple Shopping Gadgets Savvy Seasoned Iphone Iphone 12 Iphone 12 Leaks
Your Guide to Thriving in This Strange New World
Staying
In? What to watch, what to eat, and where to shop from home
OR
Heading
Out? What you need to know to stay safe when heading out