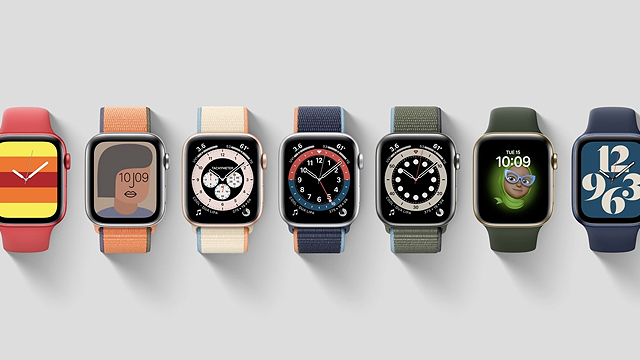 There's going to be a budget-friendly Apple Watch, too!

(SPOT.ph) Apple fans, the technology giant held its highly anticipated Apple Event today, September 16, on their official YouTube page, and it's where they unveiled their latest roster of gadgets including the Apple Watch Series 6 among others. It looks like we'll have to wait a bit longer for official updates on the much-awaited iPhone 12 Series, but for now, there's a lot of things to get excited about for their new lineup of gadgets.

Here's everything you need to know about the Apple Watch Series 6:

The Apple Watch Series 6 will come in a variety of colors.

The Apple Watch Series 6 comes Gold, Space Gray, Silver and for the first time ever, the smartwatch will be available in Blue and (PRODUCT)Red.

There will be new strap styles available.

The Solo Loop is Apple's brand-new strap style for the Apple Watch Series 6 which gives the smartwatch a sleek, minimalist look. The Solo Loop also comes in a braided style for those who want a bit more texture. Both straps come in a selection of colors.

It can measure your blood oxygen.

The new Apple Watch is equipped with a brand-new feature that lets you measure your blood oxygen level in just 15 seconds, giving you a good measure of your overall respiratory health.

It's faster than its predecessor.

The Apple Watch Series 6 will be on September 18.

Shopping Apple Gadgets Apple Watch Smartwatch Adventurer Seasoned Apple Watch Series 6
Your Guide to Thriving in This Strange New World
Staying
In? What to watch, what to eat, and where to shop from home
OR
Heading
Out? What you need to know to stay safe when heading out