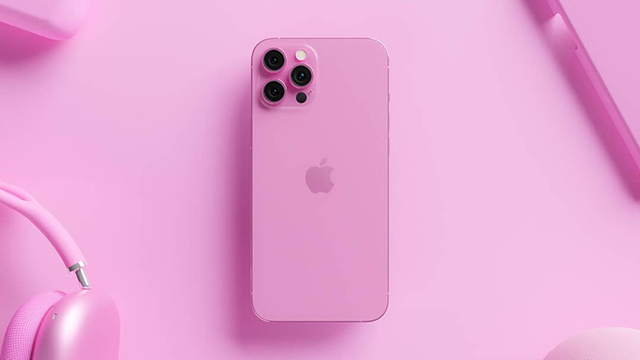 Could Apple's Next iPhone Be Available in Pretty Pink?

Here's what the leaks and rumors are saying.

(SPOT.ph) These days, a new iPhone come out pretty much every year at least—way before most of us can even save up for the latest model. To give you some perspective, the iPhone 11 series was released in October 2019 followed by the iPhone 12 series almost exactly a year after and most recently, the purple iPhone 12, which was unveiled in April. At this rate, we’ll probably see a new iPhone before we see herd immunity in this country.

In the period before each iPhone releases (at least in the last few years or so), the Internet habitually brims with rumors, leaks, and speculations from everyone from casual Apple users to industry insiders. Shortly after the iPhone 12's release in October of 2020, the tech-savvy side of the web has been dominated with anticipation for and speculation about the upcoming iPhone 13 (or whatever Apple decides to name its next smartphone model).

It's widely believed that the next generation of iPhones will be available by September—yup, just a few months from now. Here’s what we’ve heard about the yet-to-be-unveiled phone series thus far: The iPhone 13 could possibly be cheaper than the iPhone 12 (which starts at P43,990 in the Philippines) and may feature a smaller notch (that little cutout upfront where the selfie camera sits) as well as a bigger camera bump on the back. MacRumors has reported that acording to TF International Securities analyst Ming-Chi Kuo, four new iPhone models will be released this year, namely the iPhone 13, iPhone 13 Mini, iPhone 13 Pro and iPhone 13 Pro Max.

Is Apple coming out with a pink iPhone 13?

Despite all the unconfirmed information circulating the Internet each day, one rumor in particular caught our attention: The iPhone 13 may possibly be coming out in a vibrant and eye-catching Rose Pink Color!

The pink iPhone 13 rumor, which has been reported by CNET, Forbes, and Slash Gear among others, took off after a render of the model went viral online thanks to a tweet from the Peng Phones Twitter account. The render was imagined and created by Instagram artist aliartist3d. Peng Phones noted in their repost of the aforementioned rendered model that the pink iPhone 13 (if it exists) will be released in December—likely a few months after the initial launch of the iPhone 13 series, much like the purple iPhone 12 came months after the original unveiling of the iPhone 12 series.

Apple has yet to confirm any of the rumors circulating the Internet as of writing, but the release of a pink iPhone wouldn't come as too much of a surprise considering Apple has been releasing more colored options of their flagship devices in recent months, the M1 iMac being the most talked-about example. Could the tech giant be going back to their roots, following in the footsteps of classic devices like the iMac G3 and iBook G3? No official word from the brand yet, but we can't lie—we're hoping this rumor is totally true!