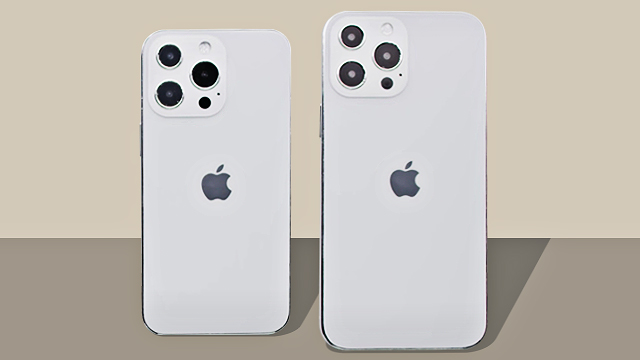 Start Saving: Here's How Much the iPhone 13 Is Likely to Cost

Here's what tech insiders are saying.

(SPOT.ph) We're months away from the official release of the iPhone 13, the highly anticipated follow up to Apple's iPhone 12 series. The iPhone 8, XS, and 11 were released in September of 2017, 2018, and 2019, respectively, while the 12 was unveiled in October, so the latest model is expected to drop around the same time this year. As per usual, the tech giant has been mostly silent about their upcoming smartphone series, but that hasn't stopped gadget experts all over the Internet from speculating about what to expect. Those of you who are planning on buying it probably have one question on your minds: How much is the iPhone 13 going to cost? No official Philippine or international prices have been revealed just yet, but here's what the tech insiders are saying.

How much is the iPhone 13 likely going to cost?

The iPhone 13 series will likely include four models (a.k.a. four different price ranges).

Note that MacRumors has pointed out the possibility that the new smartphone series may also be dubbed the iPhone 12s, though iPhone 13 seeems to be the more popular label across the Internet.

Pricing may be similar to the iPhone 12 series.

Once the iPhone 13 series is released later this year, expect the prices of the iPhone 12 (and other previous models) to drop. Smartphones always depreciate in value, so you'll want to strategize when you buy the iPhone 13 as it will likely drop in price just months or a year after its original release. For now, we can't wait for Apple to officially unveil the new series' specs, features, and designs.

Shopping Staying Savvy Adventurer Seasoned Gadgets Topspot Shopping Iphone Apple Iphone 12 Iphone 13
Your Guide to Thriving in This Strange New World
Staying
In? What to watch, what to eat, and where to shop from home
OR
Heading
Out? What you need to know to stay safe when heading out